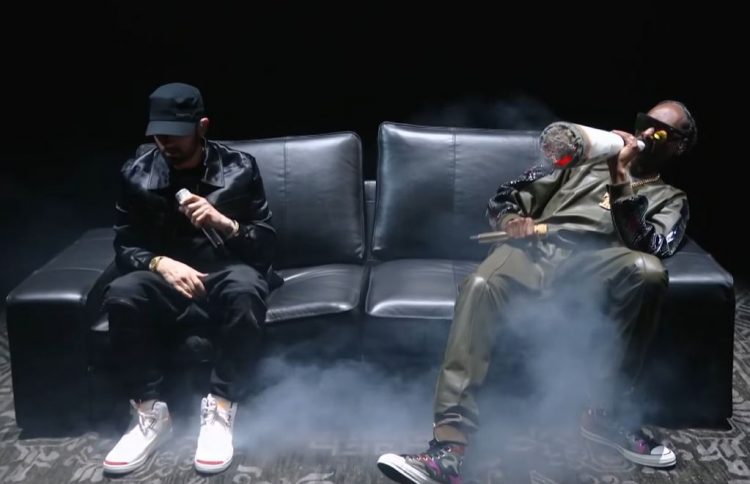 Eminem and Snoop Dogg joined forces at the 2022 MTV Video Music Awards tonight to perform their collaborative single ‘From the D 2 the LBC‘.

The performance was organized in partnership with Bored Ape Yacht Club creators Yuga Labs. The performance took the MTV audience into the metaverse, with the rappers performing as their NFT avatars inside of the upcoming Yuga Labs game Otherside. The original music video was also been nominated for the Best Hip Hop VMA.

The song marked their the first collaboration between Eminem and Snoop Dogg since 2000, when they released the Marshall Mathers LP single ‘Bitch Please II’. Watch their Metaverse performance below.