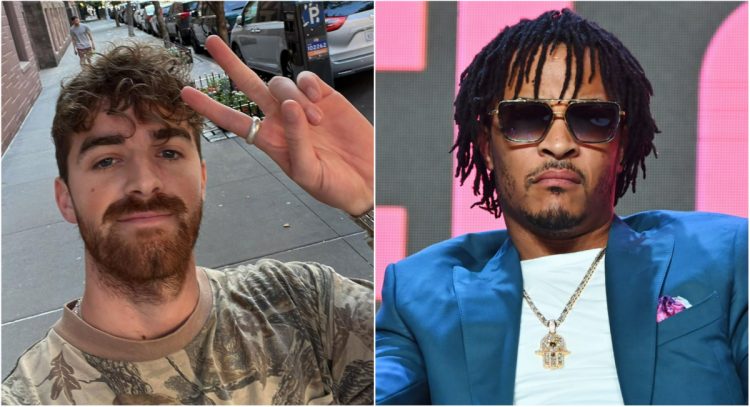 T.I. allegedly punched The Chainsmokers’ member Andrew “Drew” Taggart in the face at a club one time.

Taggart and fellow Chainsmokers member Alexander “Alex” Pall took to their TikTok recently to tell the story about the Atlanta native punching Drew after he kissed him on Tip’s cheek. “We’re in a vibe and I, like, gave him a kiss on the cheek. It was totally my fault,” Drew said.

“First of all, T.I.’s fully in the right here. I was feeling the vibes way too hard and I kissed T.I. on the cheek. And he punched me in the face for it! It’s like, fully fine,” Taggart said.

T.I. has responded to the clip, saying there’s “not much more to the story.” The rapper said that after the incident, he and The Chainsmokers had a drink and “moved on.” He also invites them to join him on his expediTIously show.