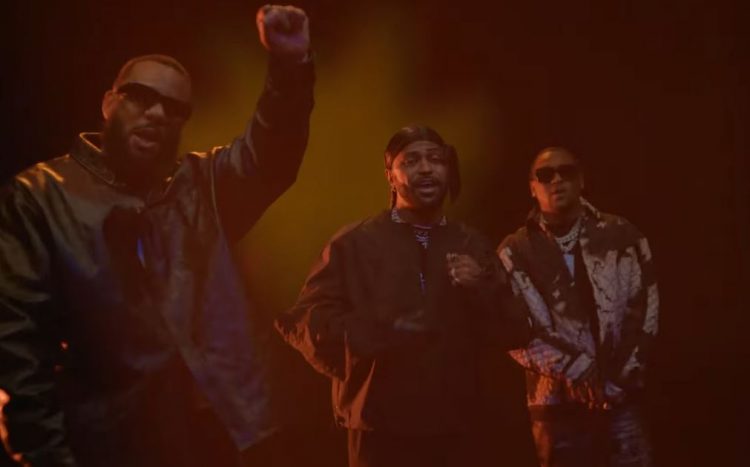 The Game’s rollout for his new album DRILLMATIC has been a messy one but we will be lying if we say there aren’t some solid songs on it.

The Big Sean featured and Hit-Boy produced track #24 ‘Stupid’ is one of the standouts on the album and today, Game has shared the music video for it. The three are part of the “stupid” moving company who aren’t really determined to do whatever they are promising. Watch it below.

Two songs from the album have now been pulled from streaming services, the Nipsey Hussle featured ‘World Tours’ and NBA Youngboy assisted ‘O.P.P.’ Game’s manager Wack 100 revealed last night that the song was removed from DSPs because NBA’s $150k fee was disturbing the album’s overall budget.