Drake Fires Back at Music Critic Anthony Fantano Over Fake DMs: “Your existence is a light 1” 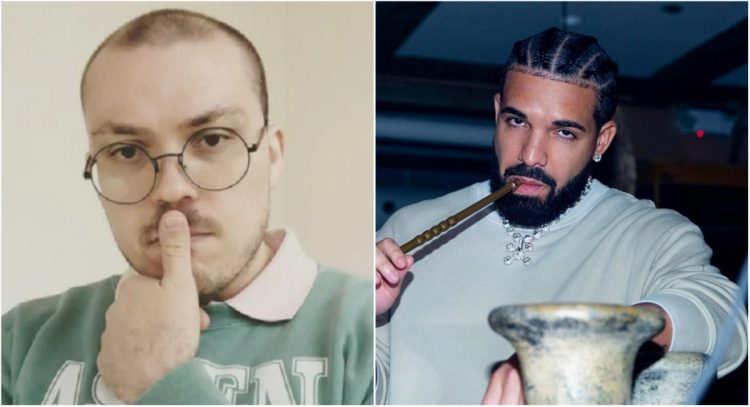 On Thursday night, Drake posted a screenshot of his own direct messages to Fantano on his Instagram story, which read: “Your existence is a light 1. And the 1 is cause you are alive,” which was a reference to Fantano’s tradition of reviewing albums on a scale from 1 to 10.

Drake continued: “And cause you somehow wifed a Black girl. I’m feeling a light to decent 1 on your existence.”

By publishing a video on his second YouTube channel titled “Drake Slid Into My DMs,” in which the music critic exhibits elaborately faked DMs that depict Drake emailing him a recipe for vegan cookies, Fantano may have encouraged Drake to release his own DMs.

“Anthony! It’s Drizzy,” the fake message began. “I know we don’t really see eye-to-eye about music and that you are not the biggest fan of most of my albums (thanks for the kind words on Take Care and If You’re Reading This tho). But it is what it is, you know. Can always hope you’ll like the next one!” 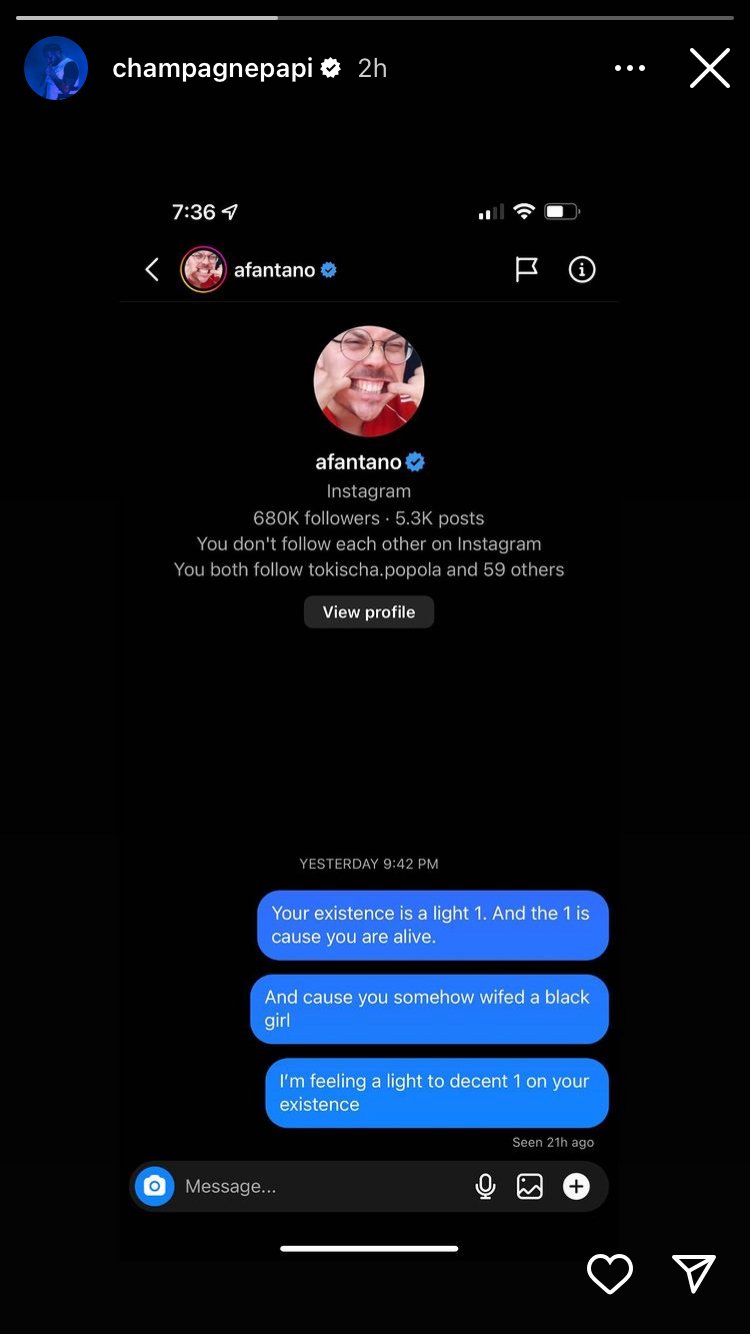 Fantano then went live on Instagram and reacted to Drizzy’s story. “One of the artists who I have reviewed the most over the years is Drake himself a.k.a. Champagne Papi,” he said. “And yeah, essentially what happened is that for reasons unknown to me, Drake was in his feelings, as he does tend to be, because that is his nature, that is his vibe, that is his style, that’s his whole thing. Being in his feelings, that’s his brand, you could say.”

He continued: “He was in his feelings Wednesday night, very late into the evening, I was in this garage lifting some weights when I caught a DM request from Champagne Papi himself. I saw the DM request and I looked at it and yeah, it was a bit of a diss. It was a salty little DM, it was quite sad and unfortunate.”