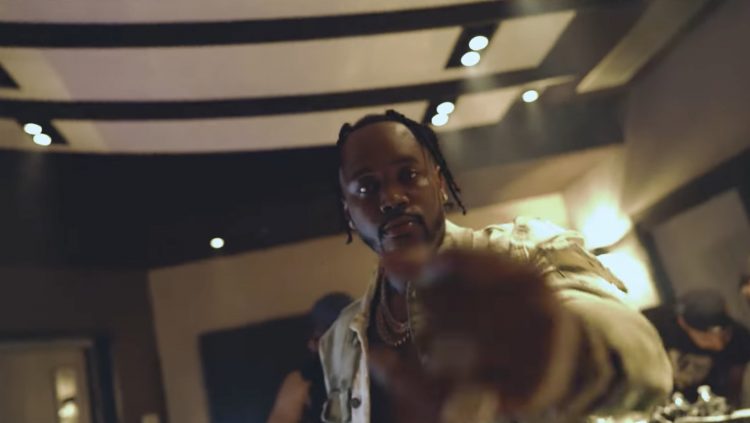 ‘GOD DID’, the title track from DJ Khaled’s new album has been the talk of social media for a week now, mostly due to the incredible JAY-Z verse that even sparked an MSNBC segment.

With Wayne and Ross doing their thing on the song as well as Hov, it’s not surprising to see that rappers want to hop on the instrumental and prove themselves too. Tonight, Fivio Foreign drops some bars on the beat, talking about everyone that he’s done collaborations with and how hurt he was to not get a call from Khaled to be on the album.

Watch the video for the new freestyle below.