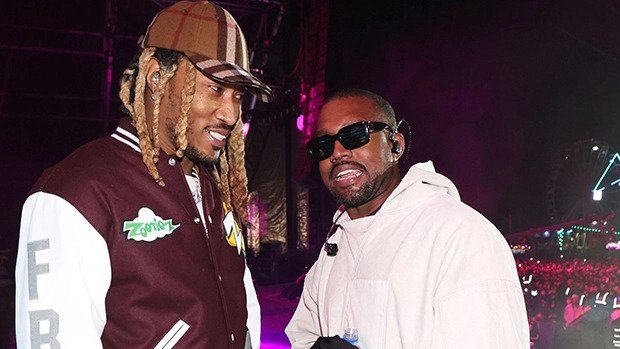 Kanye West revealed that Justin Laboy and Future are his best friends, in a story on Instagram.

“When you a Christian dad that will do anything to protect your kids but Justin Laboy and Future your best friends,” the rapper wrote over a black background like he usually does these days.

Laboy and West have been spotted together a lot in recent years. West’s 2021 album, Donda had a vocal presence behind the scenes thanks to the Respectfully Justin programm presenter, who frequently updated fans on the project before it was released. Many fans were surprised to see that the two were close. 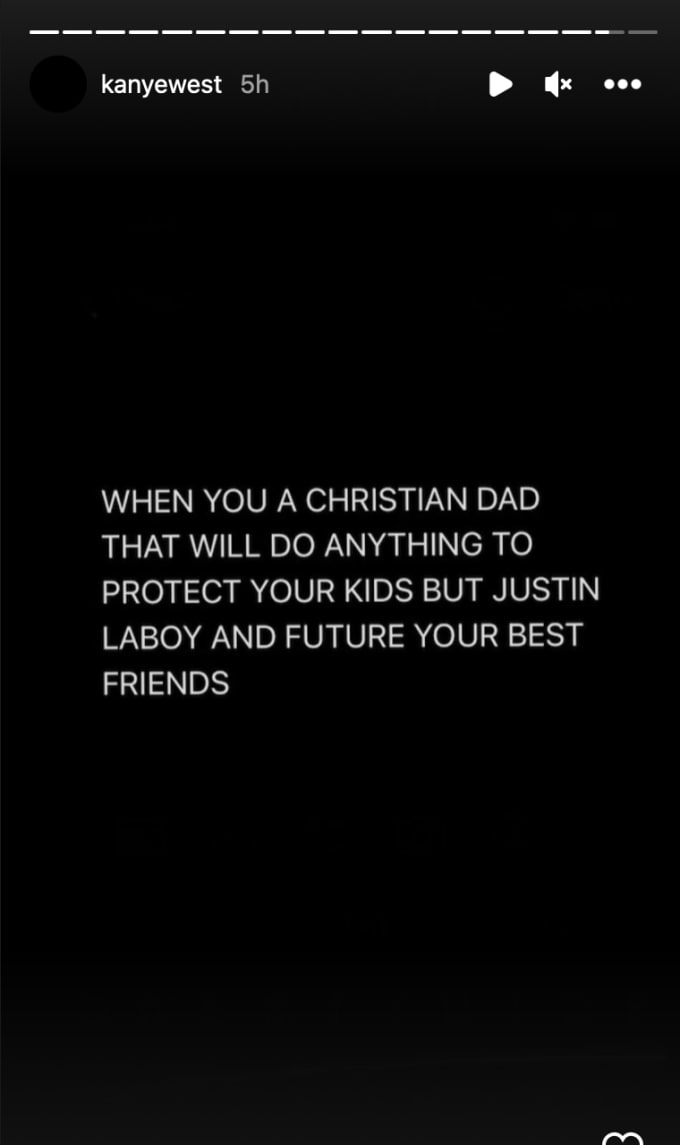 Instagram user @TracyPhernetton reposted Kanye’s story and received a comment from Ye himself. “We all have sin to whom much is given much is required,” he wrote in all caps. “I feel God calling us.”

Future and Kanye have had a relationship for many years. Apart from collaborating together on music, they have also done some business and are seen with each other often. “Me and Kanye always had a relationship,” Future told GQ earlier this year. “But it’s hard for people to understand, because I don’t put everything on Instagram. Kanye flew me to Paris in 2011 or 2012 to work on music. [Discussing] his clothing line before it came, his shoe business before it came. People don’t know I’ve been able to go to his house, and pull up right into the crib. We just never talked about it.”