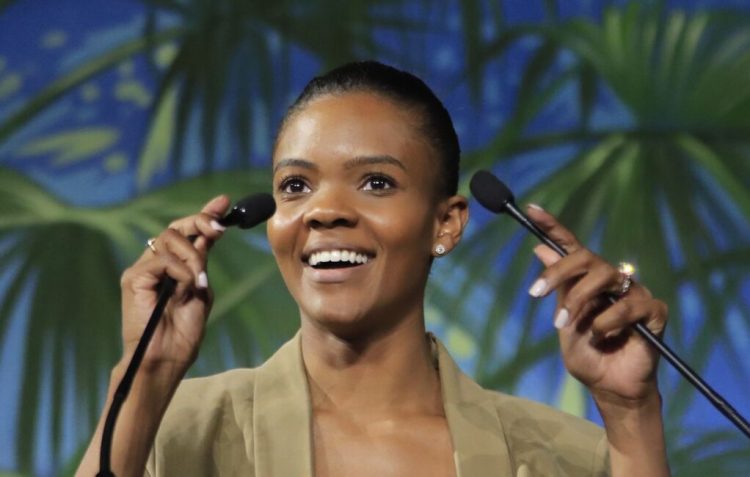 Candace Owens has threatened to sue George Floyd’s family for their plans to sue her and the lawsuit against Kanye.

Candace took to her podcast to rant about the recent news that George Floyd’s family was suing Kanye West for $250 million over the hurtful and false comments he made on the Drink Champs episode.

“I’m also sick of frivolous lawsuits. You know, if this is actually considered credible, if you can sue somebody because you’re feeling ’emotionally distressed’ because of them going out and saying things — well then I think that I have grounds to sue George Floyd’s estate,” Candace said on the podcast episode titled ‘Should I Sue George Floyd’s family?’ which you can hear below.

“I have grounds to sue George Floyd’s family for doing this little PR stunt. It’s causing me a ton of distress,” she continued. “I feel angry and I feel upset with the fact that I am fighting for Black America to be freed from the lies, while these people are fighting to keep them in the dark.”

During the Drink Champs episode which was later taken down, the controversial musician denied the conduct of former police officer Derek Chauvin, who was found guilty of killing Floyd in 2021, and claimed Floyd died from a fentanyl overdose.