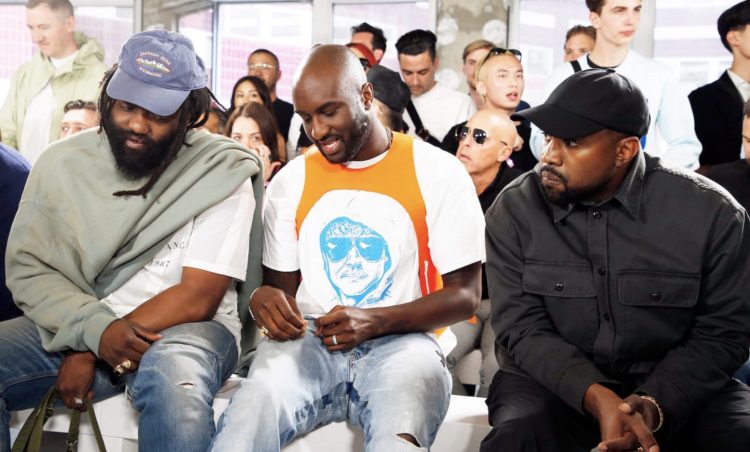 Kanye West’s name has already been in the headlines a lot this week. First, nearly 40 records of his hit the internet. Then, he debuted a shirt that said “WHITE LIVES MATTER” on the back as part of YZYSZN9, where he was pictured alongside Candace Owens. Then this morning, he took to Instagram to say that Black Lives Matter is “a scam” and that we should thank him for it being over. Now, he’s finally being called out for some of his antics.

Tremaine Emory, the current Creative Director of Supreme New York, has taken to Instagram to call out Ye for one of his recent Instagram posts where he mentions the late Virgil Abloh. Ye wrote a caption which included “CAN’T WE TALK ABOUT MORE IMPORTANT THINGS LIKE HOW LATE THE SHOW WAS OR HOW BERNARD ARNAULT KILLED MY BEST FRIEND”. Tremaine responded, saying this was the last straw him.

“(This) time last year you said Virgil’s designs are a disgrace to the black community (in front) of all your employees at yeezy” Tremaine wrote on IG, claiming he has receipts to back up this claim. He went on to imply that Ye has also made some distasteful comments about Virgil since his tragic passing and that when he was going at him in group chats and interviews, he knew Virgil had terminal cancer the entire time.

“( don’t let me get into the things you said about v after his death)
Ye tell the ppl why you didn’t get invited to Virgil’s actual funeral the one before the public one at the museum. You knew Virgil had terminal cancer and you rode on him in group chats, at yeezy, interviews…”

He ended the post by calling Ye a narcissist that’s dying for attention. You can read the post in full below. 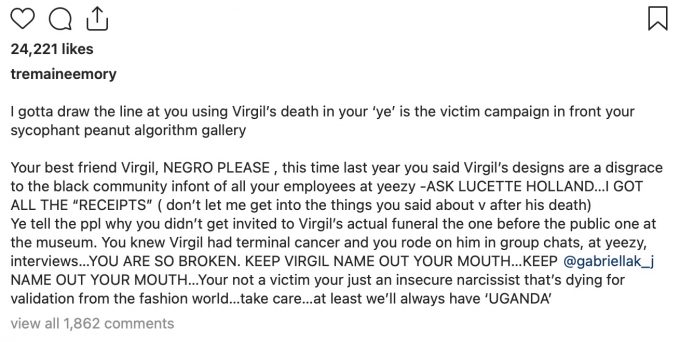