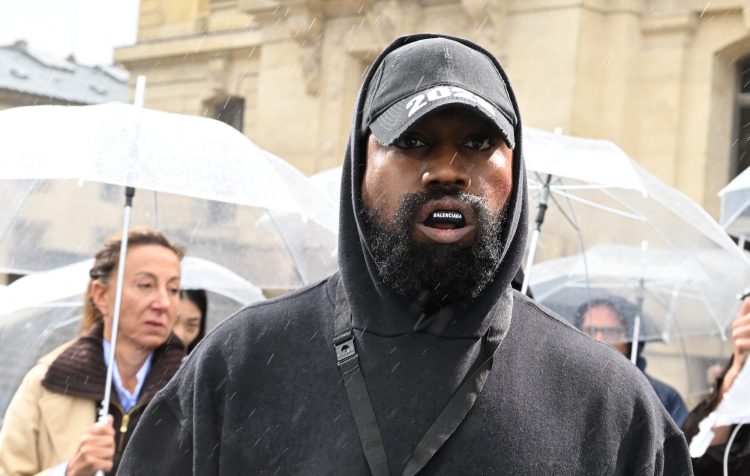 The Kanye West headlines in the past week or two feel like they’re getting crazier and crazier. Just a couple of hours ago, VICE obtained some unaired footage from Ye’s interview with Tucker Carlson where he says that he believes child actors were placed in his home to sexualize his children, amongst other bizarre claims. You can watch some clips here.

If you that was something, you haven’t heard anything yet.

In the latest episode of their Higher Learning podcast, Van Lathan and Rachel Lindsay discussed some of the rapper’s anti-semetic comments that he tweeted a few days ago. When asked by Rachel about his reaction to it though, Van said that he wasn’t surprised.

“I already heard him say that stuff before… at TMZ… When he came to TMZ, he said that stuff and they took it out of the interview.”

Van is referencing the infamous clip of Ye at TMZ offices where he claims that 400 years of slavery “sounds like a choice”. He goes on to detail what Ye said that was edited out of the rant.

“He said something like ‘I love Hitler’, ‘I love Nazis’, something to that effect when he was there and they took it out of the interview because of whatever reason, it wasn’t my decision.”

Van says that in response, a Jewish employee of TMZ at the time stood up and said that she was offended. It was eventually cut out and apparently, you can see the cut in the final clip.

This is insane and not justifiable by any means. You can check out the clip of Van and Rachel talking about it below. It begins at the correct point. Do you think there’ll be consequences for this?