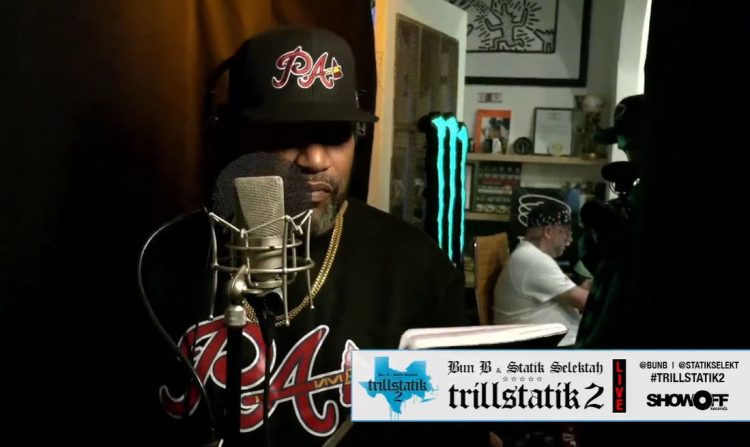 Bun B and Statik Selektah have always had a good chemistry when they do music together.

Back in 2019, the legendary emcee and the veteran NY producer created and recorded their album called Trillstatik from scratch over a 12 hour live stream from a Brooklyn music studio. The album featured guest appearances from Method Man, Westside Gunn, Fat Joe, Talib Kweli and Paul Wall among others, and was released on streaming services just 3 days after it was recorded.

Three years later, the duo reunited in a New York studio on Wednesday, Dec. 7th to record the follow up titled Trillstatik 2 via Twitch which was live streamed to thousands to fans across the world. Like the first time around, a lot of guests checked in to contribute to the album including Big K.R.I.T., Styles P, Boldy James, Dave East, Papoose, Smoke DZA and Paul Wall.

Some of the songs also feature samples taken from Tracklib. The album is set to release as soon as midnight tonight (Dec. 9th) on all DSPs. Watch the process below or directly on Twitch here.