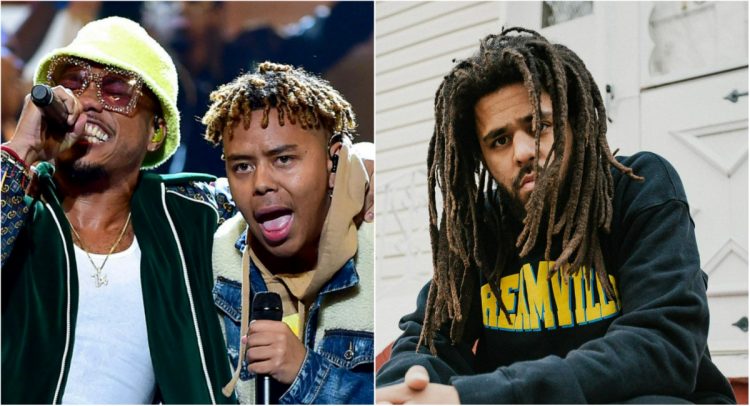 The rapper joined Zane Lowe on Apple Music 1 to discuss the new song where he revealed that he has a lot more songs done with .Paak which are produced by Cole. In fact, a whole project could come out of it.

Cordae further spoke on his chemistry with .Paak. “You know what, it’s because this is really my friend.. He’s really like my real friend, like my brother. Everybody be, other artists be like, oh that’s my brother, or, oh that’s my man. And saying that s**t just to sound cool,” he said, talking about his genuine relationship with .Paak.

“I don’t really have too many friends, to be honest. He’s one of my real life genuine friends. You know what I’m saying? And so I say that to say, that’s where it comes from, bro. Just because we just be kicking it, and we just be recording. Kicking it and recording. It won’t be like, yo, let’s just put this out next week. It’ll be like, yo, this song is a couple years old. You know what I’m saying? So I just always, I’m like man, I’m going to just hold on to this. And when the time, it feels right, it feels right. You know?”

The rapper further revealed that he made 180 songs last year. “I made a lot of songs last year. I think last year I recorded literally 180 songs, which I know some artists record like a thousand songs. But it feels like that’s the most songs I recorded in a year, for sure. And last year it was also the most touring I did. So I’m proud of myself for still recording 180 songs.”

Cordae added that he will be taking time to perfect his music before releasing an album because he wants his fans to love what he’s created as he’s a people pleaser. “And really, bro, it may be to a fault or a good thing, but I’m a people pleaser, bro. So I really want to just make good music that the fans love, bro. I just don’t want to disappoint anybody, for real.”