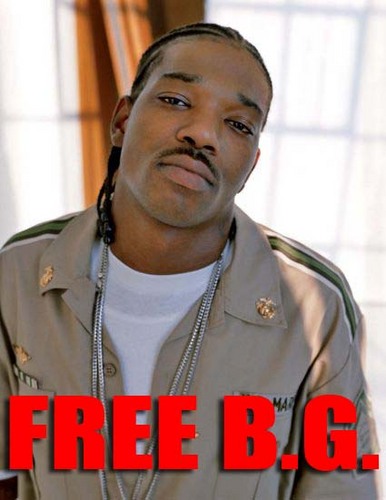 XXL reports some horrible news for BG today. Looks like the judge brought the gavel down to the tune of a 14 year sentence. Read an excerpt below or hit the source link for the full rundown. BG has also changed his Twitter picture to the one above, and is receiving a lot of support from fans.

One of the original members of the Hot Boys, B.G. had previously pled guilty to being a felon in possession of a firearm during a 2009 traffic stop in eastern New Orleans. Police found three guns in total and the car itself was stolen from a rental car parking lot. Dorsey was later accused of trying to convince one of his two associates to falsely claim ownership of the weapon. One of the two associates, Demounde Pollard, claimed ownership of the gun, only for it to be later revealed that it belonged to Dorsey.