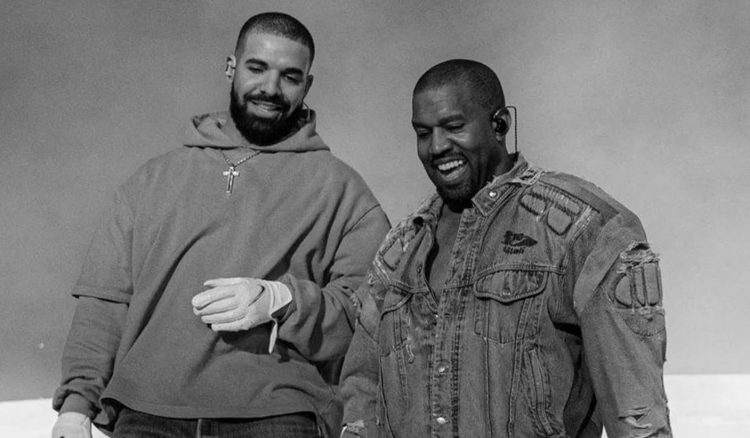 Kanye West is the guest again on Drink Champs but before the full episode airs on Saturday night, a preview has been released where the rapper makes some bold claims.

Ye tells N.O.R.E. and DJ EFN that “Drake is the greatest rapper ever.” We all know that the two have had a love/hate relationship over the years but it looks like the G.O.O.D. Music head isn’t shy about admitting Drizzy’s influence.

N.O.R.E also asked Kanye what he meant when he posted on social media recently about Kris Jenner and Drake. “Yeah, that was hard. You know what it means,” Kanye replied. He then paused and added “Corey [Gamble] know what it means,” insinuating that Drake and Kris had a linkup.

Kris Jenner and her boyfriend Corey have been dating for 8 years since meeting in 2014. Watch the clip below.

Kanye on Drink Champs giving Drake the title of greatest rapper ever & comments on claims that Drizzy slept with Kris Jenner 👀😩👀 THOUGHTS⁉️pic.twitter.com/hQ8M3nZFjj