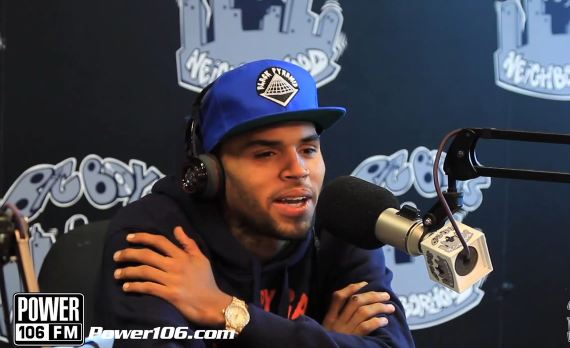 Chris Brown stopped by Power 106 LA in the morning today and spoke to Big Boy about relationship with Rihanna and being in love with two people at the same time (ex girlfriend Karrueche) which he revealed in a vlog. He also explained his controversial tattoos that have been the talk of the town.

Apart from that, CB also let them world premiere a brand new song titled ‘Nobody’s Perfect’, set to appear on his upcoming new album. Listen to the radio rip of the auto-tuned up-tempo song below and hit the jump for the interview. Don’t forget, Chris and Rihanna also have an upcoming song by the name of ‘Nobody’s Business’ on the latter’s forthcoming CD Unapologetic.