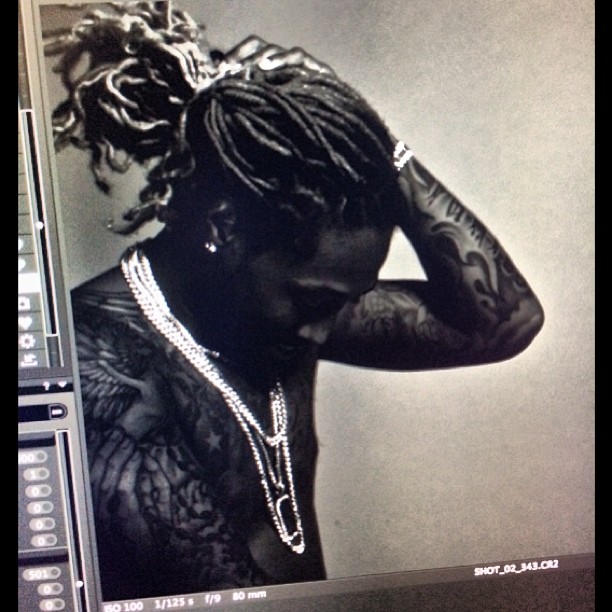 A few days ago, Future announced on his Twitter that he will release a new single titled ‘Monster’ produced by Metro Boomin on August 18th but didn’t reveal what project it will land on.

But Buzzfeed now reports that the Freebandz rapper is working on a new mixtape titled Evol (“love” spelled backwards and pronounced as “evil”), set to hit iTunes this Fall. The music is expected to address his personal life, more specifically his break up with Ciara.

“Future’s one of those dudes you don’t really interview. To know what’s going on in his life that day, you gotta go to the studio that day. He just takes longer to put his words together and his thoughts. Future has a weird way to love. You might see it’s not all the way right, but it’s still love. It’s not traditional love.”

UPDATE: Peep the scary artwork and trailer for the single below.