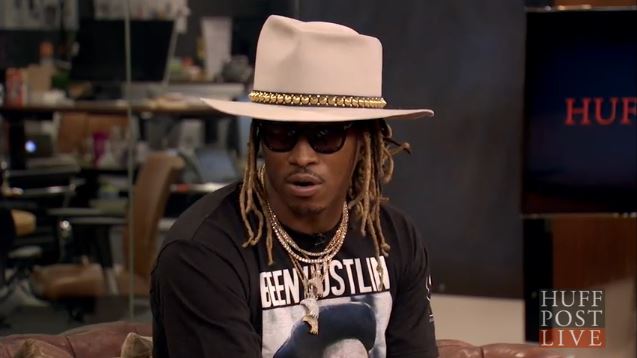 Future hasn’t done a lot of interviews as of late despite being one of the rappers on top of his game right now. His DS2 album will be out this Friday and he sat down with Huffpost Live for a solid half an hour to talk about a whole bunch of things.

He discussed why he announced his last three mixtapes with such short notice, why he called off his engagement with Ciara, why he decided to release a documentary (watch part one here) and not do many interviews, why he doesn’t care about making a single, the upcoming album, OG Maco’s comments about him ruining lives and more.

Looks like since the interview aired, him and OG Maco have squashed their situation.

On Ciara and Russell Wilson not having sex:

Marc Hill: He said God told him to lead this woman and that that’s what they doing.

Future: Gold told me something else.