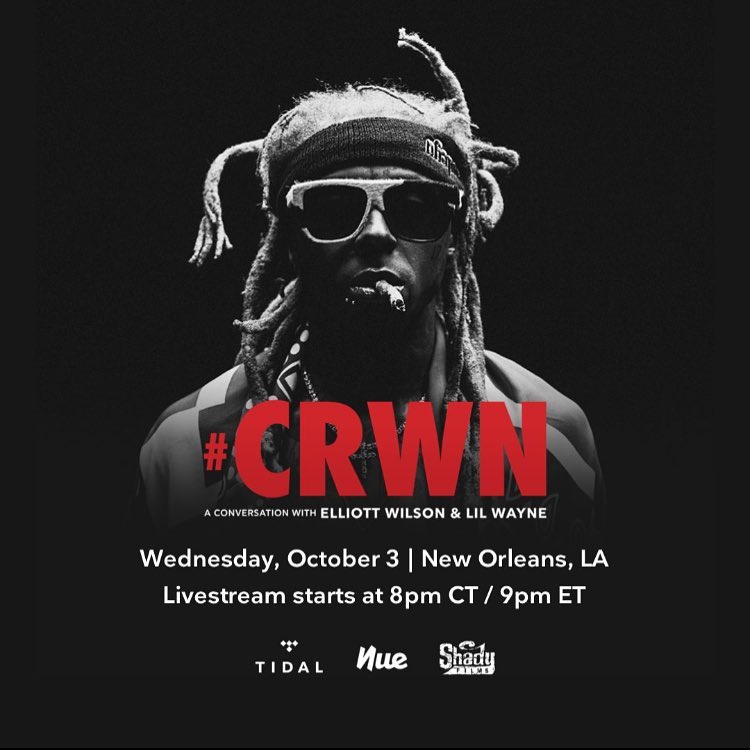 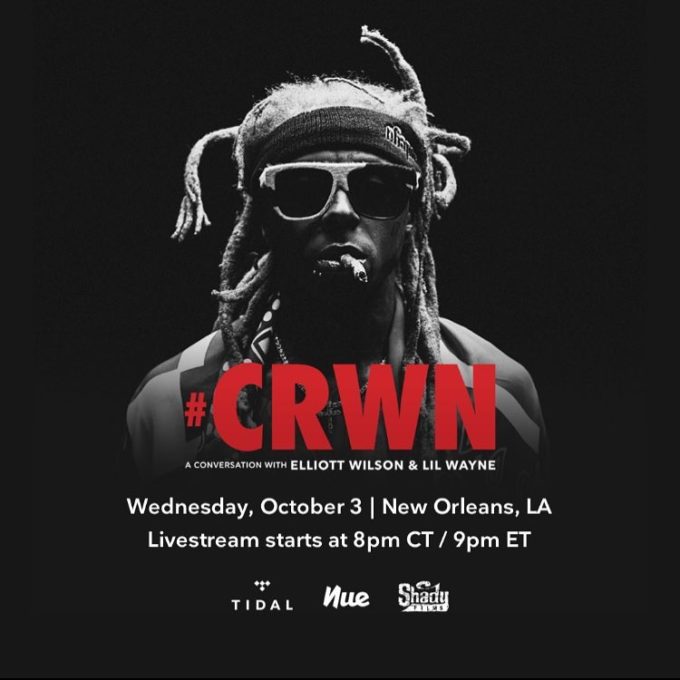 When conversations about what the best CRWN episode might be take place, the two that pop up most frequently seem to be Nicki Minaj’s and Lil Wayne’s. In fact, people often say that both of those interviews are the best of each rapper’s career. Rap Radar’s Elliott Wilson obviously listened to the responses because Nicki had her second episode back in August and here we are now after the release of Tha Carter V with Lil Wayne’s second one.

The event is set to start at 9PM EST and is streaming live on TIDAL. You can stream it below as soon as it begins. This should be good.

“‘Green Ranger’? I don’t know what you talking about. I’m sorry. I work way too much. I can only be honest. Shout out J. Cole, that’s my n*gga.”

On Drake not having a song on Tha Carter V:

“He has a song. It didn’t get cleared. People be tripping, man.”

On admitting his suicide attempt on the C5 outro:

On what he’s proud of the most about Tha Carter V: