Rick Ross Responds To Nicki Minaj On The Breakfast Club 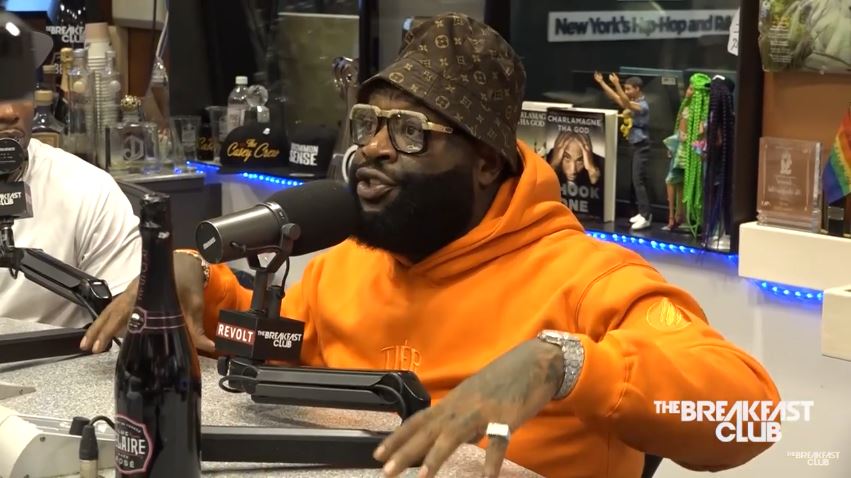 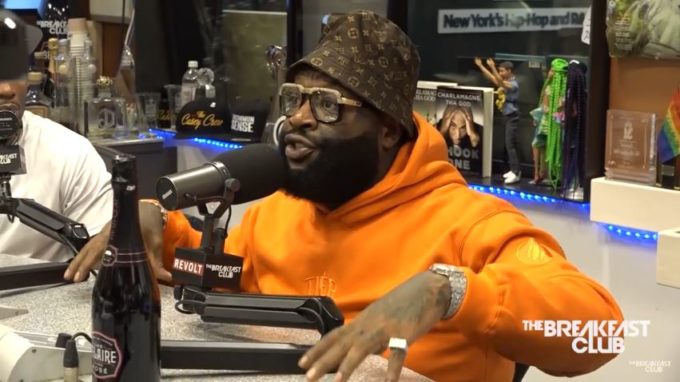 Yesterday, episode 271 of the Joe Budden Podcast dropped on Spotify and it of course featured Nicki Minaj as a guest. One of the many topics she talked about was Ross’ lyric about her on ‘Apple Of My Eye’ from Rather You Than Me where he says “I told Meek I wouldn’t trust Nicki”.

Nicki said that when she was with Ross at The Whitehouse while Obama was in office, Ross texted Meek that she was a keeper so the line confused her. “And then you come out on an album when it’s time to sell some weak ass f*cking album and try to disrespect Nicki Minaj. What?… Boy, sit yo fat ass down.”

Ross appeared on The Breakfast Club this morning and naturally was asked about it. He says that Nicki was in a fragile position between Meek and Drake years ago and implies she may have had something to do with it.

You can watch the clip and the full interview below. It starts at 33:06 in the full video.