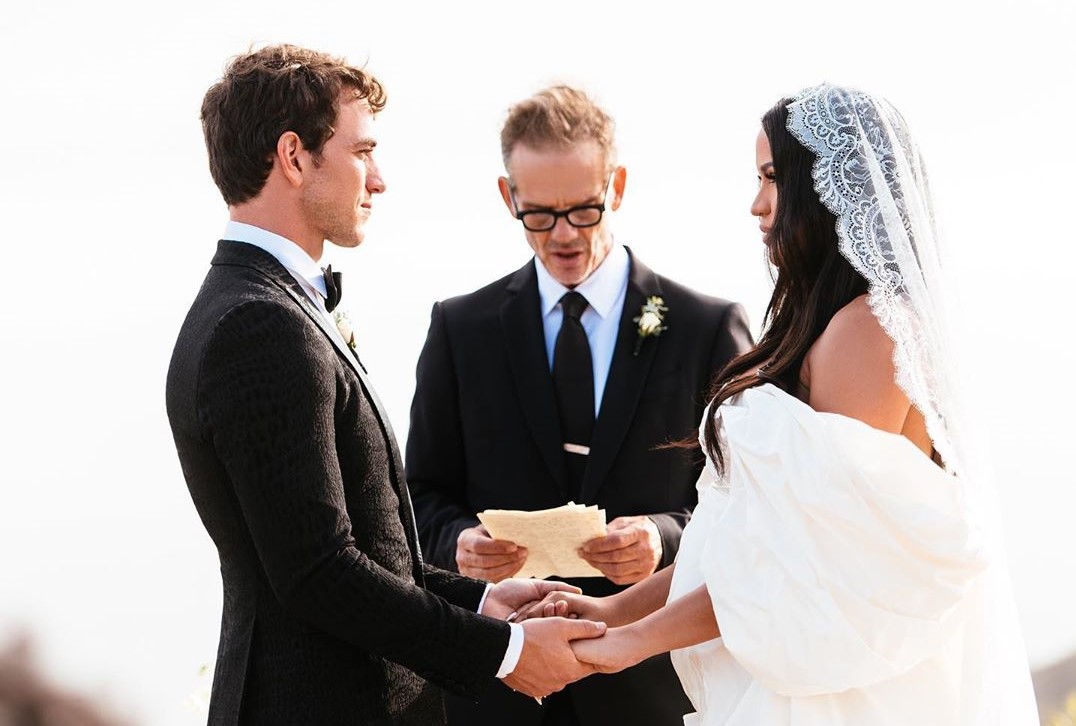 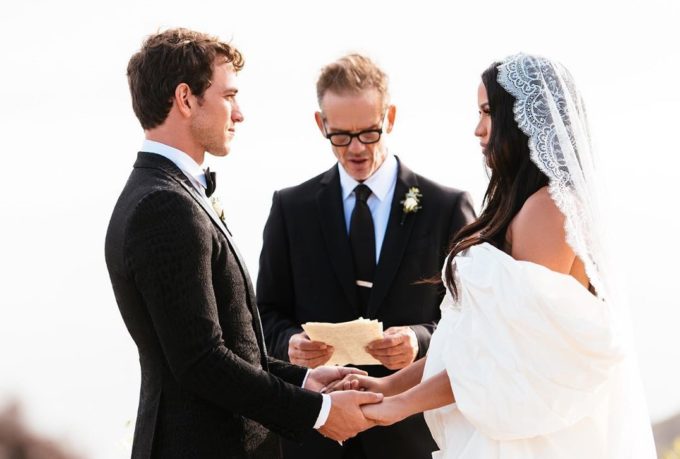 Cassie has officially tied the knot with Alex Fine.

After just a few weeks of being engaged, Cassie and Alex exchanged vows in an intimate ceremony in Malibu, California. TMZ reports that the ceremony took place on Wednesday but Alex was seen on his Instagram getting fast food on Wednesday afternoon so it can’t be said for sure. The officiant, Director Peter Berg shared a photo of the couple exchanging vows where the singer/model can be seen wearing a white gown.

Alex sort of confirmed the news as he commented “I know” to a comment by a user who said he did “a beautiful job.” Last month, Cassie revealed that she was engaged to her trainer boyfriend in a short Instagram post. “My favorite day ever! #MrsFine 8.24.” The couple themselves have not released any statement yet on the ceremony.

Cassie and Alex started dating around December last year, shortly after her split from longtime boyfriend, Diddy. Back in June, she confirmed that she was expecting a baby girl with Alex. “Can’t wait to meet our baby girl. Love You Always & Forever,” she said.