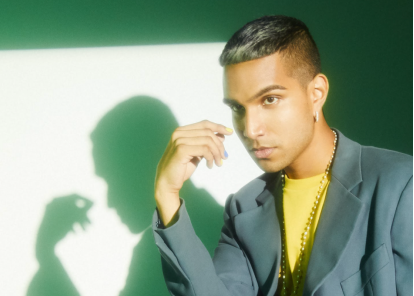 Singaporean artist Yung Raja is bringing his culture to the hip-hop scene! Dubbed South East Asia’s next avant-garde bilingual hip-hop artist, Raja brings us the psychedelic ‘Mami’, produced by Flightsch, accompanied by its music video. This is his first single as a co-signed artist under Alamo Records.

As Yung Raja continues to bridge the gap between Southeast Asia’s culture through his music, he’s accumulated over six million streams on his previously released singles ‘Mustafa’ and ‘Mad Blessings’, a track that received co-signs by Lupe Fiasco and M.I.A. Earlier this year, Raja was named one of NME’s 100 artists of 2021, a first for a Singaporean artist. He’s also received critical acclaim from several publications, including Hypebeast, ELLE (Singapore), VICE/Noisey and Rolling Stone (India).

Hoping to break barriers, Yung Raja’s goal is to reinvent societal views and bring Southeast Asian hip-hop to an international level through his music.

The video for ‘Mami’ is on the way but until then, peep the audio below.