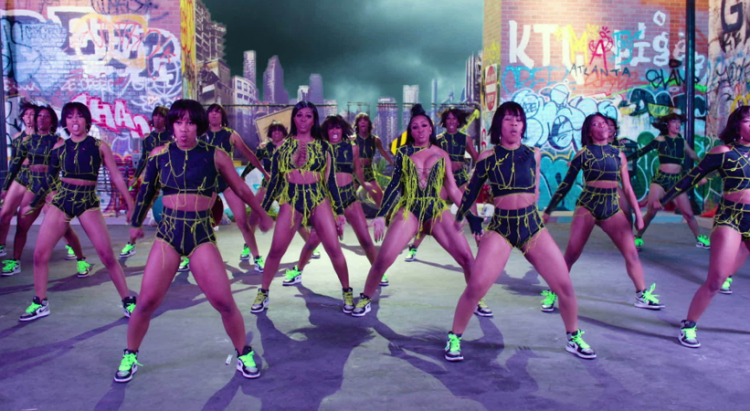 City Girls just released the music video for their club-ready track, ‘Twerkulator’. Directed by the legendary Missy Elliot, the visual depicts the chaos that ensues after an emergency announcement is made. “Everyone, please take shelter immediately! The Twerkulators have already invaded Twerk City, and you don’t have much time,” says Missy.

The music video features lots of color, choreography… and a whole lot of twerking! The City Girls brought the TikTok hit to the BET Awards, where they gave an impressive performance, and since its release in May, the song has peaked at No. 51 on the Billboard Hot 100.

The Miami stars are everywhere as they recently graced the cover of i-D Magazine, where they talked about fame, money, and their NSFW lyrics.

Watch the music video for ‘Twerkulator’ below.