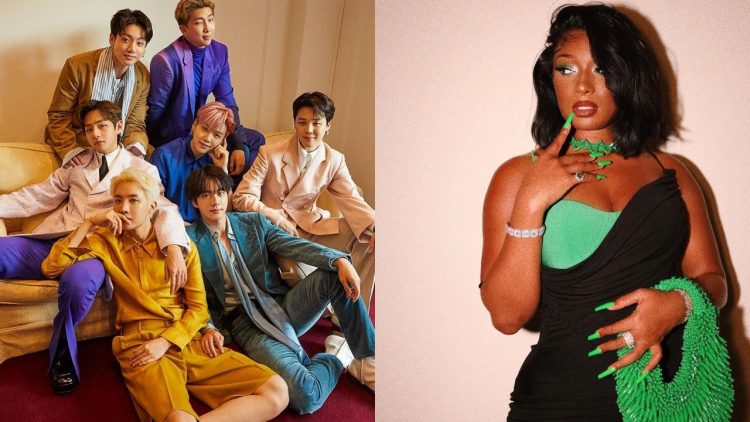 Megan Thee Stallion is joining forces with BTS for the remix version of their catchy hit single ‘Buttter.’ The rapper shared the good news on social media by changing the header image of her Twitter account.

Megan planned on dropping the song earlier however according to the H-town hottie, her record label 1501 Certified Entertainment and its CEO Carl Crawford prevented her from releasing it. According to reports, Megan filed documents seeking “emergency relief from the Court before this Friday, August 27, 2021, to allow her new music to be released this week as previously scheduled.” Meg alleges that by not letting her release the single, it could have caused “irreparable damage” to her music career.

This is the rapper’s first collaboration with the K-pop band and with both artists names in one song, chances are the song will be back at the top of the Billboard Hot 100 chart sooner than later.

Listen to ‘Butter (Remix)’ below.