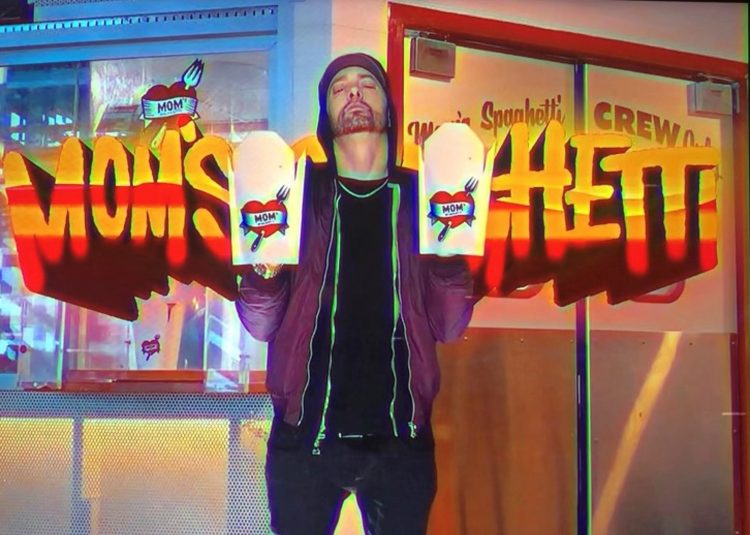 Some fans might remember that in 2018 when he headlined Coachella, there was a pop-up called Mom’s Spaghetti which served festival goers spaghetti. Of course, the name is a reference to his classic line from ‘Lose Yourself’. Many weren’t aware of it at the time, but that was Eminem’s own creation. The year before there was a pop-up and last year, he fed frontline workers at hospitals with it. Now, it’s been announced that he’ll soon be opening up a restaurant in Detroit.

Commercials are airing in the city which feature Em and reveal that it’s coming soon and can be reached at 313-888-8388. The restaurant will live at 2131 Woodward Ave. and will open on the 29th of September at 5PM local time.

You can check out the commercial for it below.