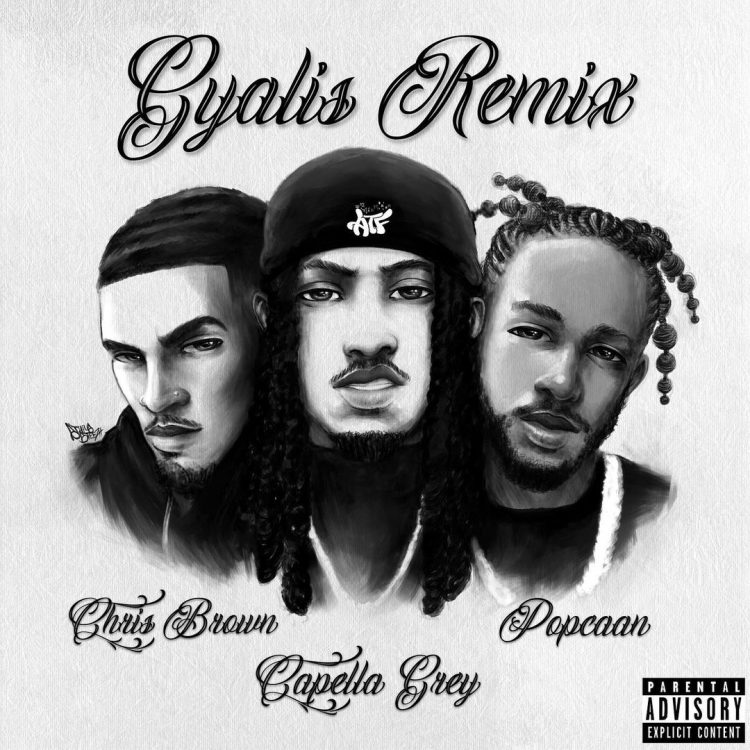 Capella Grey returns with a remix to his hit single ‘Gyalis.’

The newest version of the breakthrough hit features Dancehall icon Popcaan and R&B sensation Chris Brown, adding some heat to the track that’s been dubbed the “song of the summer.”

The Bronx artist released the infectious ‘Gyalis’ this past summer, and literally took over the streets of New York City! The song peaked at No.64 on the Billboard Hot 100, and even scored a few spots on Billboard’s Rhythmic Airplay and R&B/Hip-Hop Airplay charts. ‘Gyalis’ also took the No. 1 spot on Apple’s R&B/Soul chart.

Following its popularity, a few artists decided to put their own spin on the record too, including A Boogie Wit da Hoodie and Tory Lanez. In an interview with Billboard, Capella claims that there are several artists who have recorded with him, and “there are mad remixes on the way.”

In the meantime, listen to ‘Gyalis (Remix) with Popcaan and Chris Brown below.