DaBaby And DaniLeigh Get Into Heated Argument, Rapper Calls The Police On Her 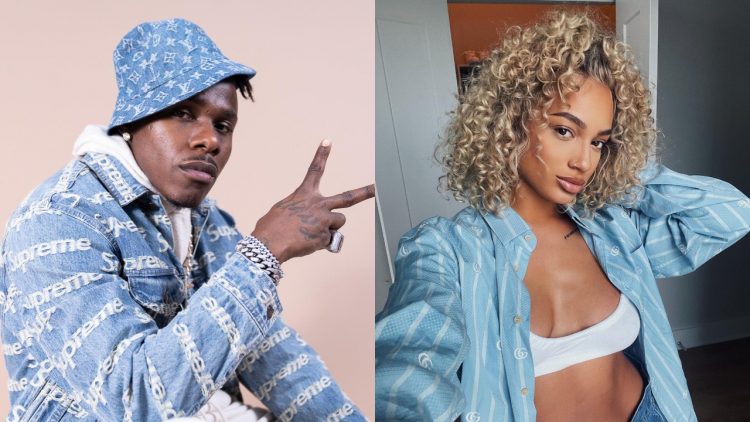 DaBaby and DaniLeigh are once again making headlines.

The 29-year-old rapper and his on-again, off-again girlfriend got into a heated argument on Instagram Live on Sunday night. DaBaby was recording the singer, as the two exchanged insults, while DaniLeigh was feeding their child.

You can hear the rapper calling the 26-year-old a “crazy girl”, right before the live shut off. A few moments later, DaniLeigh hopped on her IG live, saying that DaBaby called the police on her, asking her to leave his residence.

Following the argument, both artists put out a written statement on social media. DaBaby said that he would like to “swiftly remove” himself from the “hostile behavior” that folks had witnessed online, and claimed that it was only filmed for his safety based on his reputation. 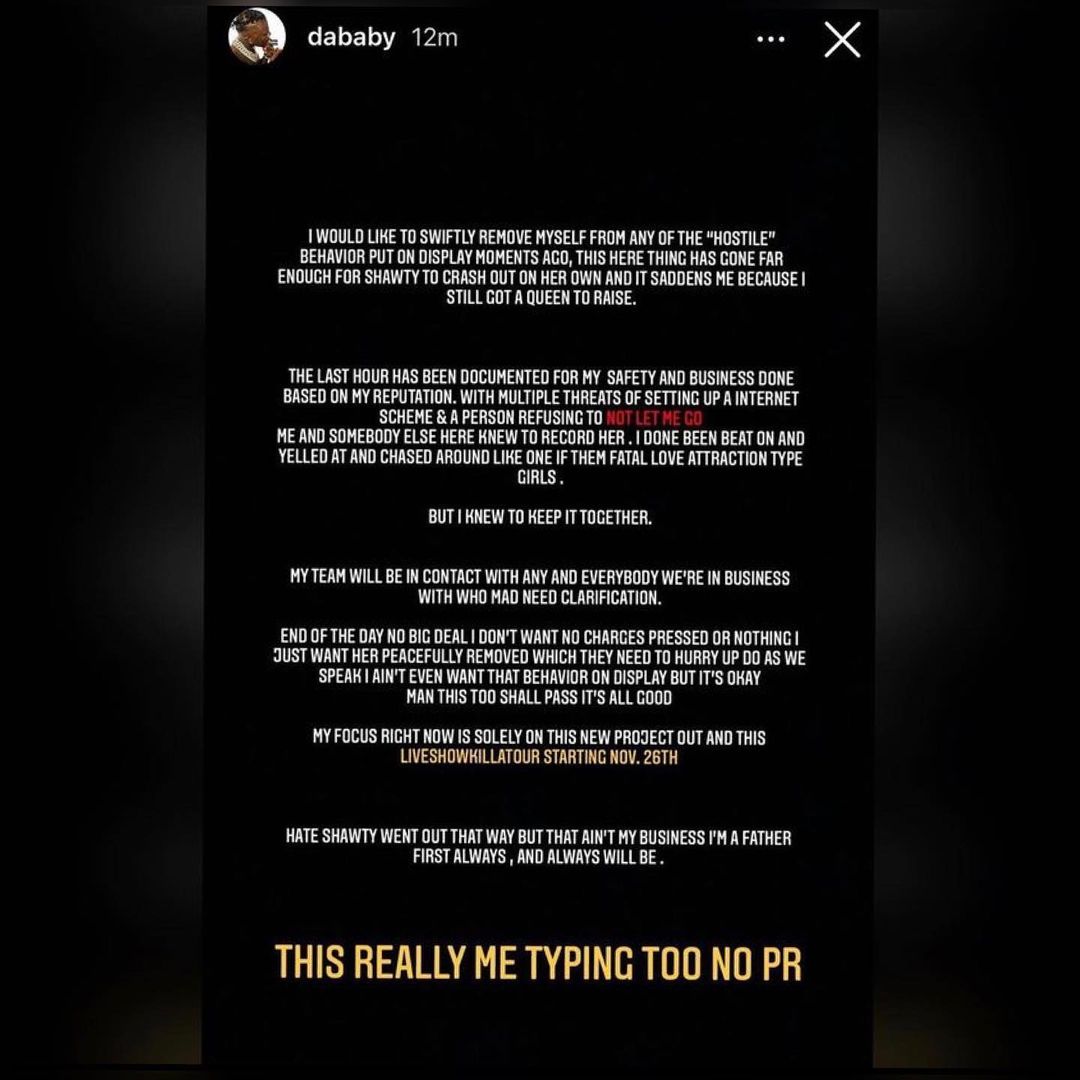 DaniLeigh quickly shared her side of the story, writing “Since Baby want put up a “statement” with his cap a*s, I’ll put mine up … so we have been living with each other for the past three months since our baby been born.Tonight he wanna come in the room talking bout ‘I need to go’ don’t matter where I go…mind u…I have a newborn child,” she continued. “I have a newborn child. So he said I can go to a hotel. This man is mad bc I had a Plan B sent to his condo.” 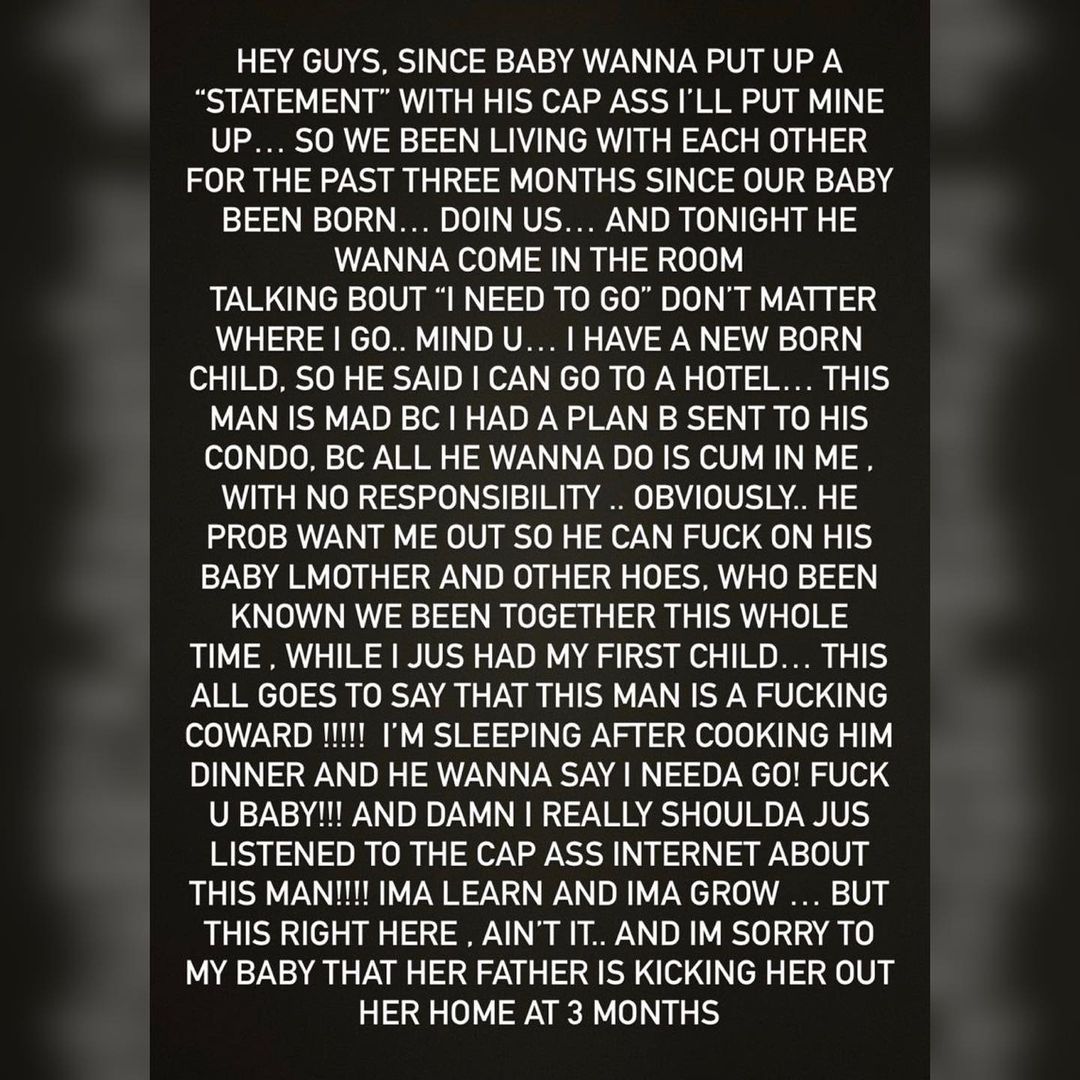 It’s not clear what happened in the aftermath of the interaction.