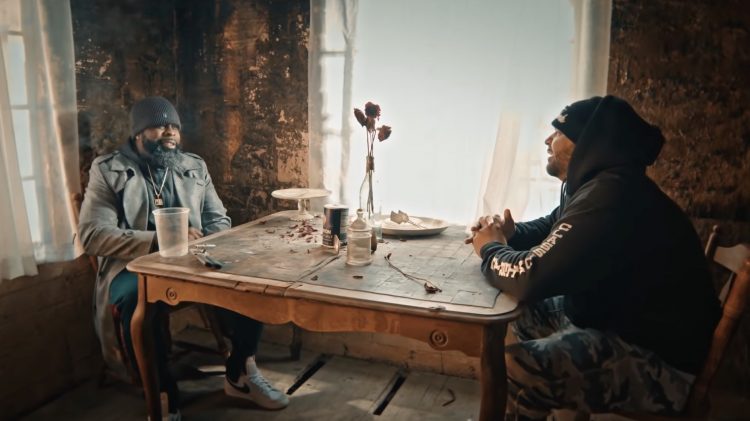 Joell Ortiz and KXNG Crooked, who are of course one half of Slaughterhouse, have announced that they’re putting out a joint project together. This isn’t too surprising because the pair have worked together a lot over the years, even since the group basically split up in the mid 2010s. However, yesterday they changed their Twitter avatars to the pig from the ex group’s logo burning. The name of the project is Rise And Fall Of Slaughterhouse.

Just off the name, the project is sure to make some noise. Tonight, the pair link up to give fans the first offering from it. It’s called ‘Vacancy’ and features Blakk Soul on the chorus. The pair address the fallout of the group from a few different angles and fans will be interested to hear what they have to say.