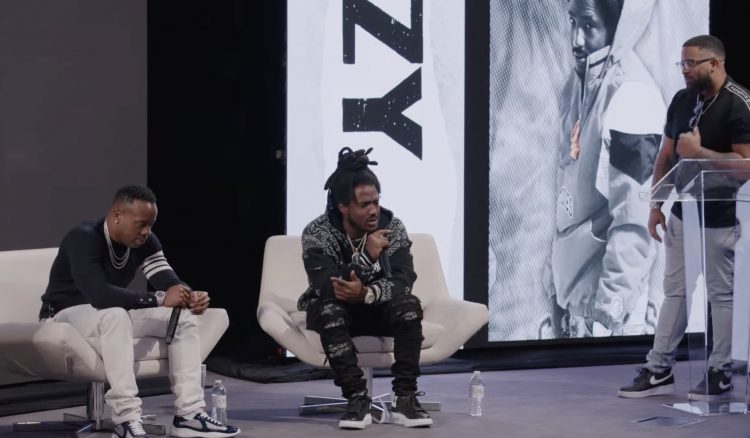 UPDATE: Along with the announcement comes Mozzy’s new single ‘Real Ones’ featuring Roddy Ricch. Listen below.

Last year, Yo Gotti’s Collective Music Group (CMG) partnered with Interscope and this was a massive deal. The Memphis rapper’s label houses a bunch of hot artists like Moneybagg Yo, 42 Dugg and EST Gee that are fan favourites right now.

Earlier tonight, CMG held a press conference that was hosted by Carl Lamarre with a bunch of the artists on stage. It lasted about half an hour but towards the end, Yo Gotti made a big announcement about CMG’s latest signee.

Gotti revealed that Sacramento rapper Mozzy has signed to the label and Mozzy took the stage to talk about how the connection was made. He said that Gotti was supporting him before his career took off so it was only right to partner in this way.

You can watch the press conference in full below. Mozzy comes out at 28:25.