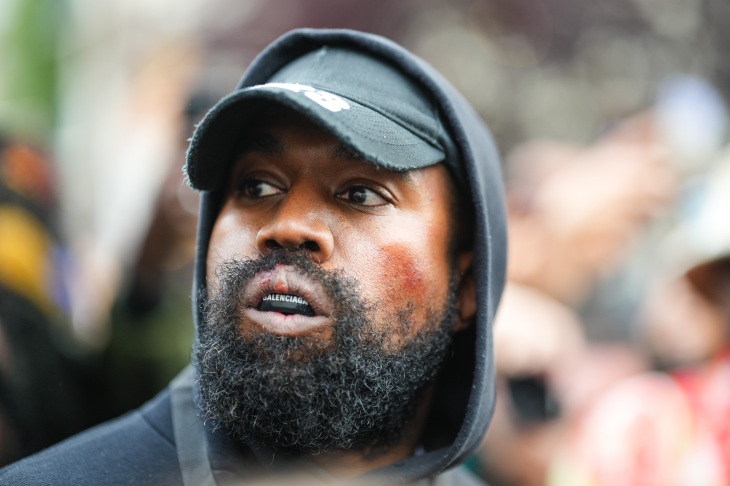 In a strange turn of events, it looks like J.P. Morgan might have ended its banking relationship with Kanye West.

Earlier tonight, Candace Owens took to social media to reveal this news, posting a letter she says was sent as confirmation of the request. The letter doesn’t give a reason, but online, people are assuming this is due to the anti-semetic comments the rapper has made on Twitter and in some unaired Fox News clips. Others have noted that just over a month ago, West was complaining about putting $140 million into a J.P. Morgan account but not getting a call from Jamie Dimon, the Chairman and CEO of the bank. It could also relate to that.

The letter states that Ye has until November 21st until the accounts of Ye, Yeezy and all related parties are no longer maintained. You can read it below along with Candace Owens’ tweets about the matter.

Who knows what to think at this point? If the past few weeks have been any indication, we’ll hear a rant about this sooner than later. 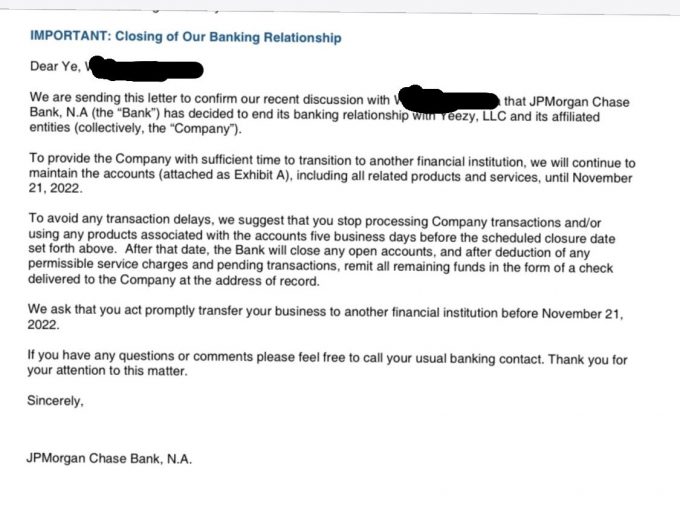 Earlier today I learned that @kanyewest was officially kicked out of JP Morgan Chase bank. I was told there was no official reason given, but they sent this letter as well to confirm that he has until late November to find another place for the Yeezy empire to bank. pic.twitter.com/FUskokb6fP

I have blacked out the names of the other two people on his team that are named in this letter to protect their privacy.

We have reached extremely frightening times in this country.

Who are what has landed us into these times is an ongoing discussion which I would like to open up.

Tonight I am focusing on my BLM documentary premiere.

We will revisit this crucial topic tomorrow.