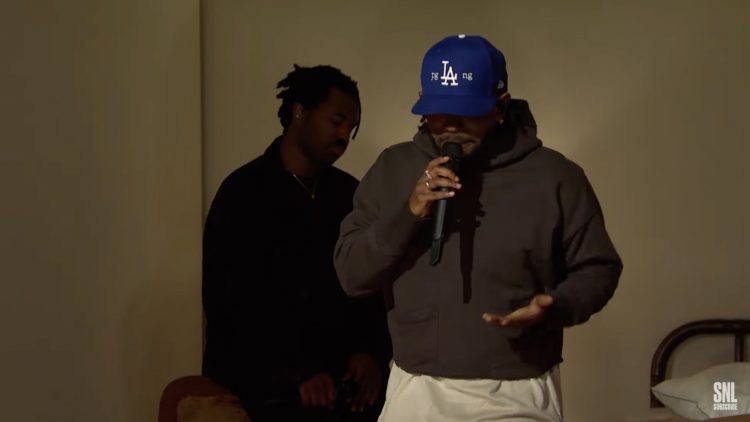 Kendrick Lamar has performed on SNL on a few different occasions in the past. In 2013, he took the show’s stage to perform ‘Poetic Justice’ and ‘Swimming Pools’. In 2014, he performed ‘i’ and ‘Pay For It’ with Jay Rock and Chantal. He’s also made guest appearances for Anderson .Paak and Imagine Dragons before.

When the rapper was announced as the musical guest for the season 48 premiere, fans got very excited. He took the stage earlier tonight to perform ‘Rich Spirit’ and ‘N95‘ in one performance and ‘Father Time’ with Sampha in the other.

Watch the performances below. Mr. Morale & The Big Steppers is available to stream here.