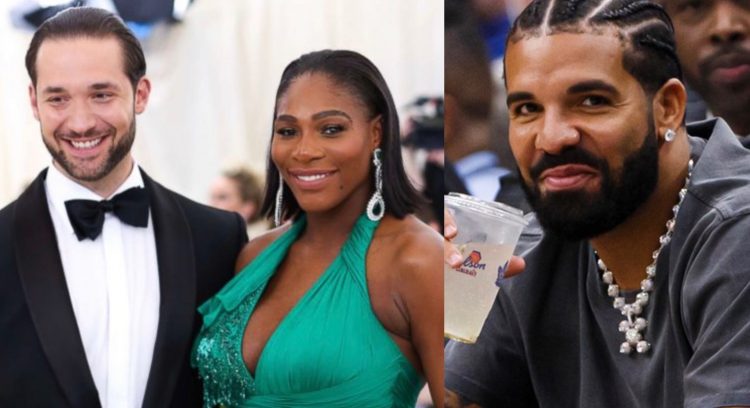 Last night, Her Loss from Drake and 21 dropped and Drizzy was relentless on it, dropping lines that have already gotten responses from Kanye West, Megan Thee Stallion and DRAM. Now, Serena Williams and her husband Alexis Ohanian have responded.

On ‘Middle Of The Ocean’, one of his solo records on the LP, Drake dissed Ohanian. He rapped “sidebar, Serena, your husband a groupie, he claim we don’t got a problem but, no boo, it is, like you coming for sushi, we might pop up on him at will like Suzuki”.

You might remember that Drake and Serena were in a relationship a couple of times some years ago. On his More Life cut ‘Nothings Into Somethings’, Drake rapped about their relationship, essentially sending a slick shot at him, saying she made him. Then, back in January of 2019, when a video resurfaced of Drake kissing a seventeen-year-old on stage in 2010, he quote tweeted it, implying Drake was a paedophile.

Now, Ohanian has responded to the new bars, acknowledging that he is indeed a groupie and the biggest one for his wife and daughter. He says that this is part of the reason he stays winning. Serena responded to that tweet with heart emojis, showing her support.

The reason I stay winning is because I'm relentless about being the absolute best at whatever I do — including being the best groupie for my wife & daughter. pic.twitter.com/oaEKuRWFnj