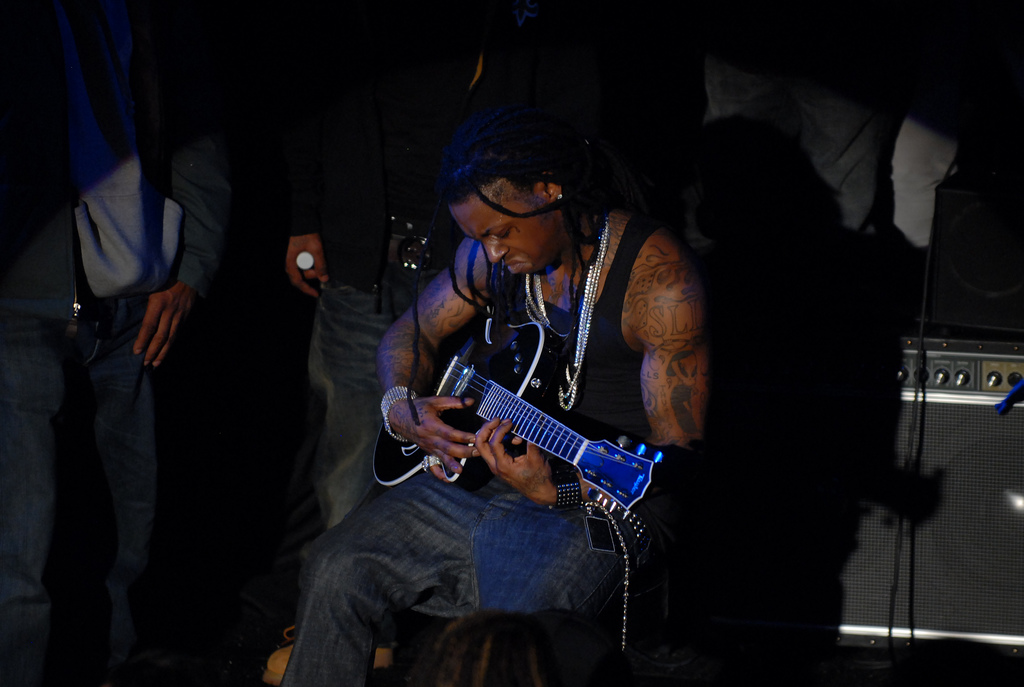 Lil Wayne has announced a tentative April 7 release date for his next album, “Rebirth,” a Universal spokesperson confirms. First single “Prom Queen,” produced by Infamous and Drew Correa (“Mr. Carter”), was serviced to media over the weekend and will debut live on Wayne’s MySpace page tomorrow (Jan. 27).

In addition, “Prom Queen” will debut tomorrow on the social networking site Facebook as part of a partnership between Lil Wayne and AT&T. The rapper will perform the single for the first time during a concert in San Diego, which will be streamed live on AT&T’s FREEdom of Choice and Mobile Music Facebook pages at 9:40 p.m. PST on Jan. 28.

“We have streamed festivals and shows in the past, but this is the first time AT&T will stream a live performance for our Facebook pages,” AT&T spokesperson Heather Buffington tells Billboard.com.

“I might want to hear a certain sound like Prince, but I can’t pay him to play it. So, I picked up a guitar and learned how to play it,” Wayne told Billboard last year. “[It] goes to show you the only thing that can’t be done is what you don’t want to do.”