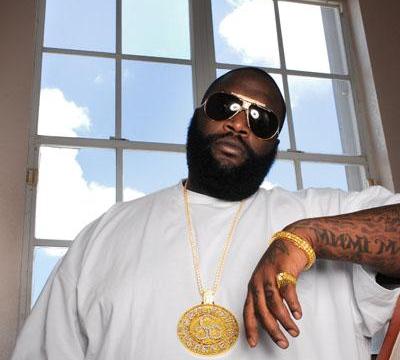 So, here we we go again. Another Soundscan battle on the cards? Not exactly. Ricky Ross speaks about the sales in reference to 50’s Get Rich Or Die Tryin’ album, which is even more absurd !

Rick Ross says if you judge him on making music, then his Deeper Than Rap LP (due March 24) should make a bigger splash on the SoundScan charts than 50 Cent’s Get Rich or Die Tryin’.

“That’s for sport,” Ross said about his dis raps aimed at 50. The Miami monster said his underground records won’t overshadow the hits on his album. “My freestyles as you could hear them, ‘Kiss My Pinky Ring,’ I do them in 20 minutes and put them out there. Those crumble empires. People listening to how potent the music is. That’s all this really is for me. I’m not really excited yet. All this is a platform for me to show people how talented I am. How much better of a lyricist I am. So if [50] sold 10 [million], my next album should sell 12.”