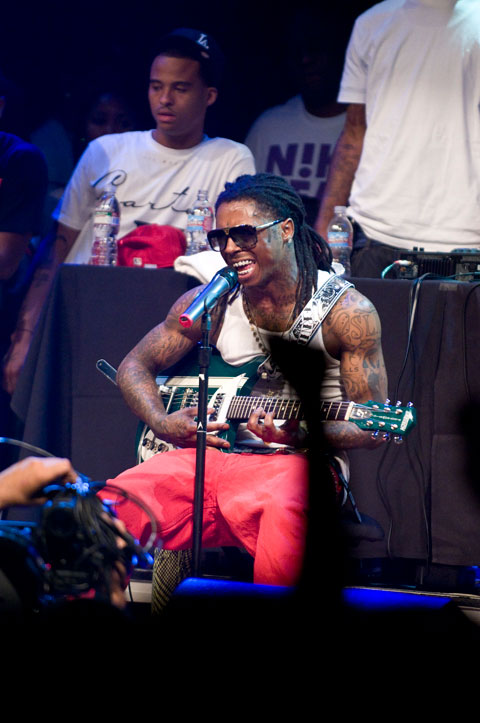 Lil Wayne probably didn’t want his album to bomb with competition from Busta Rhymes’ Back On My B.S. and Eminem’s Relapse releasing on the same day as his Rock album Rebirth on May 19th.

The set’s release has now been pushed back to June 9th which means that it will go head-to-head with Black Eyed Peas’ The E.N.D. and Maino’s If Tomorrow Comes.