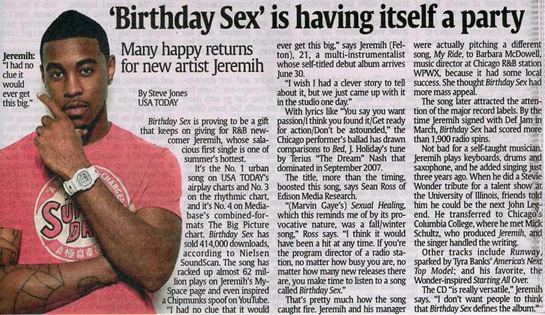 Newcomer Jeremih is featured in the latest edition of USA Today magazine where he talks about his smash single ‘Birthday Sex’, influences and the new self titled album which will be hitting stores on June 30th.

I like that he’s a multi-instrumentalist who plays the Keyboard, Drums and Saxophone which means he has greater chances for longevity in the game than your average R&B singer.

The CD is really versatile, I don’t want people to think that ‘Birthday Sex’ defines the album.