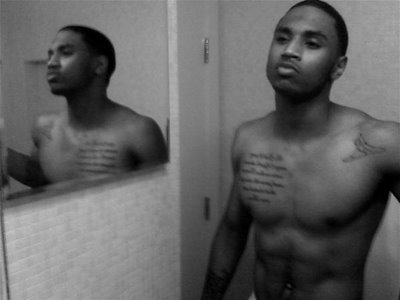 Although, Trey already mentioned in his live stream last night that the latest cover of Jay-Z’s ‘D.O.A.’ was aimed at R.Kelly but not a diss, most of the blogs/websites have been terming it as a R.Kelly ‘diss’ which has prompted Trey to further clarify the situation. As you noticed, I already told y’all what Trey said in his live stream while dropping the latest track. It is not a ‘diss’. Well, you may believe me now:

First off, anyone who is familiar with my history knows I’m a HUGE R. Kelly fan & have been inspired by him since my early beginnings musically. So while some may take this as disrespect, those who truly listen to the lyrics will understand my urging him to go harder. I’ve been compared to R. Kelly since my career began while we all can recall R. Kelly stepping on the scene sounding AND looking JUST like Aaron Hall. He demolished his sound and then went on to build his own which was a mixture of many others. We all are familiar with his signature adlib “Oh Oh Oh Oh Oh Oh Oh Oh Oh” which he grabbed from Lenny Williams & let’s not forget the “Bump & Grind” remix which started his Isley Brother’s Vibe. Soon enough he assisted Ron Isley in becoming Mr. Biggs & while keeping Ronald close he kept him on his toes. The R. Kelly we all grew to love was innovative, witty, & trendsetting. If you were to say that R. Kelly has excited you musically as of late, I would question your ears. When I heard JayZ’s “Death of Autotune” my first thought was when will R. Kelly stop using it; The King of R&B with a autotune filled mixtape (not to mention a auto tuned “Double Up” album) disappoints me. If throwing rocks at the throne wakes up the King, consider them thrown.

I just want R. Kelly back…

Shout out to Pleasure P. There was “No Pun Intended” support the homie, his album “The Introduction of Marcus Cooper” In Stores Now.