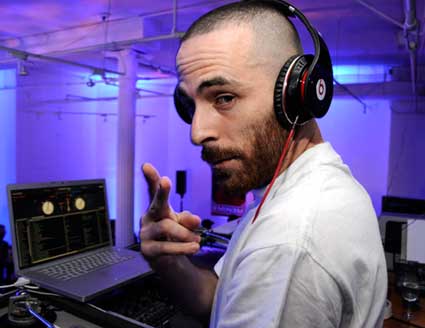 I happened to just go through the Alchemist interview with AllHipHop that they did a few days back. Alchemist confirms a new track title ‘Insult To Injury’ that will be featured on Eminem’s Relapse 2 hitting stores later this year.

AllHipHop.com: Right, but I also heard that Em only likes to rap over either his own beats or Dre’s beats.

Alchemist: Yea, because he doesn’t need more usually. You have unlimited Dre beats, and your own beats. What more beats do you need? Their relationship is ill because it seems like it’s gotten better.

Alchemist: Yea. It seems like once Em sobered up and Dre realized it he was like, “You want to go? Let’s go!” For six months Dre was out there. It was like six dudes—Mark Batson, Dawaun Parker—his whole clique of guys. And I wasn’t out there, but from the stories Em told me it sounded great. Now that his head is straight his rhymes aren’t straight. He is making the most psychotic s***s I’ve ever heard. He has a song on Relapse 2 that’s so crazy. You know “Underground?”

Alchemist: It takes off where that stops and obliterates that. He rhymes in his regular voice…I’m afraid because the rhymes might slip out of my mouth. [Laughs.] Put it this way, there’s a song called “Insult to Injury.”

AllHipHop.com: You said it.