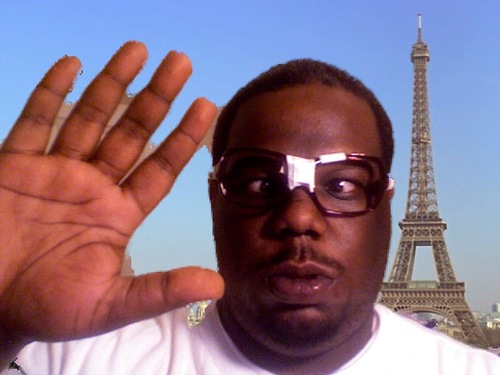 Well, I heard about this a few hours back but wanted to do the research before I could post something. Beyonce’s tour manager who goes by the name of Marlon Beyince (in the pic above) and is also Bey’s cousin threw a few shots at Rihanna on his Twitter saying she can’t sing and that she’s the Def Jam version of Cassie.

He later deleted his tweets but of course many of his followers had already caught it.

“Is it me or i think The good ole Jay could of found SOMEBODY else to sing the hook on this song….She sound like a cat hurt in the alley”

“God please dont let me get in trouble for my tweets Lmfao!!!!!”

Props: Gossip On This