Jay-Z On Hot 97 With Funkmaster Flex 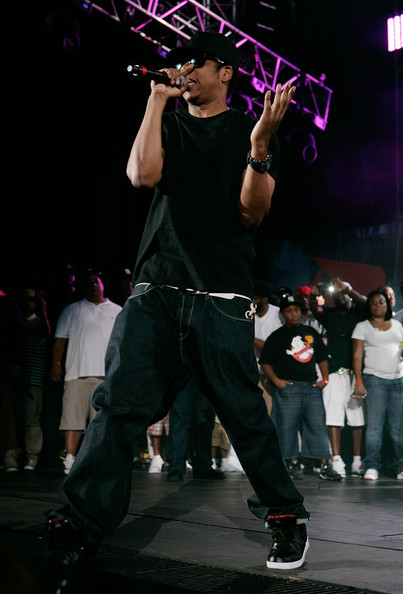 Dre ripped this for us and he also added some quotes from it:

(23:50) Flex: Sometimes I look online, and I see Freeway, Peedi Crakk, and other Roc-A-Fella artists saying “Oh, Hov didn’t call me” or “Hov didn’t tell me he wasn’t doing the Roc anymore..” How do you feel when you see those things online?

It’s difficult because I’ve done so much for them… I gave everybody a shot. Everybody got a chance to sit at the table and make something. So whether you parlayed that into something or let that go away. You know, that’s pretty much on you. So if I’m not doing anything tomorrow or the next day, you should be cool with that. [Flex: Do they reach out sometimes?] Yeah, yeah. I still speak to Freeway and Chris. More than anybody else. Chris first, then Freeway. Shoutout to Freeway, he was sick the other day.

(26:55) Flex: So 50 on a new freestyle.. On the new album though, you kinda… [Jay interrupts: That was a compliment.] What made you bring up the Summer Jam stage?

I was really going through the history of it. It’s part of the history… I was actually giving him props. Every single person in that song, I was giving them their time… [Flex: He has a freestyle.] Nah, I think that was already done. No way in the world he could have.. He had that in the tuck. [Flex: You guys aren’t moving together with this are you?] Nawwww. You know, he’s a loose cannon. Any given day you could wake up and he’ll start shooting.

The next two artists we’re grooming, who you’ll probably see first are, J. Cole and a girl by the name of Rita Ora. Who’s from London and incredibily talented.