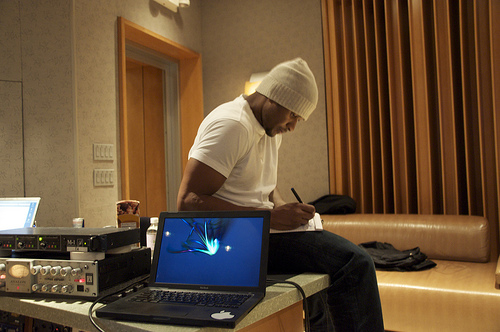 Usher is gearing up for his 6th studio album and a new song titled ‘Papers’ will be released this Monday from the new set. However, the album’s name is not ‘Monster’ as has been reported by other websites and blogs in the past few months. The official name of the album has been apparently changed to Raymond Vs. Raymond, HHNM has exclusively learnt and yes, it has a release date: December 8th.