B.o.B. Interview With Yo! Raps 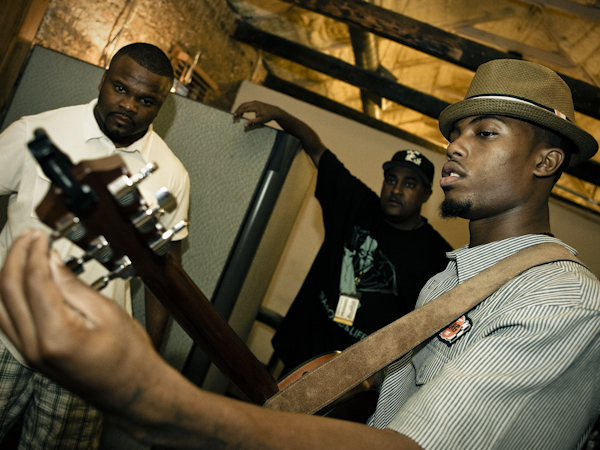 Bobby Ray is gearing up for his debut album The Adventures of Bobby Ray and of course that means he’ll be doing some promo. Here’s a new interview with Yo! Raps where he discusses his album, features, inspirations, mixtapes and more.

What do you feel is your strongest side?

I’m really critical of myself in every area. Rapping is most natural to me, but I wanted to do everything. So I guess if I was a tree, the most upper portion would be lyricism, and then the others follow.

Do you look to anyone as a guiding hand or for advice?

You always have people around you that you hold onto along the way. It’s like a support system. You know like Asher Roth, Lupe, Wale, T.I., David Banner, and Talib Kweli. Really, all the people I’ve worked close with. It’s like you have an understanding of how each other feels because you’re in the same boat. So we try to help each other out.

What are you working on now?

I’m working on something…but I won’t say what. It’s actually more than music. I’ll say I have events. I’m really trying to do things out the norm than that of a new artist. Um, the album is the main thing though. Just working on that to really pull people in to my world, more than the mixtapes. I’m an open guy, so I just want to help tie things together for listeners.

Was there anyone you felt you really wanted to be on your album?

Not so much on my first album. There are people I want to work with, but not yet. I feel like this album won’t need a lot of features. I want people to get a good grasp of me first. It”s like walking into a room full of people and introducing yourself versus you and 3 of your boys walking into a room and introducing each other. You want to be known for you. It loses your affect if you overdo it.

Listen to the first single here. Read the full text on Yo! Raps.