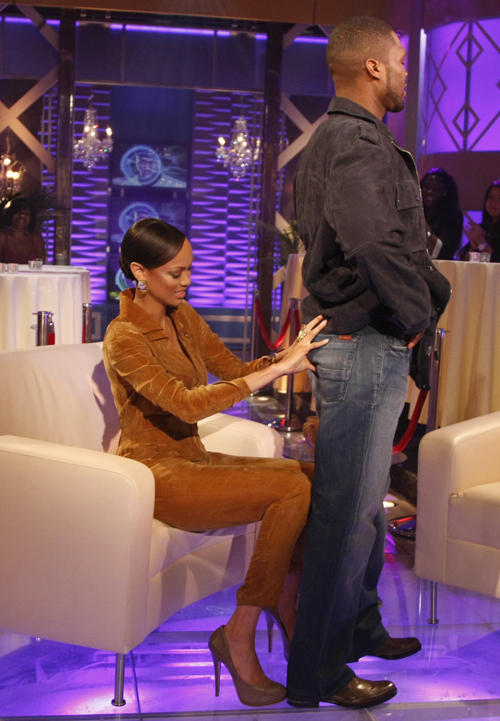 50 appeared on the Tyra Banks show which will be airing on Tuesday and he certainly let her grab a handful of millionaire booty. Tyra latched on to his backside after 50 spoke about filming a scene featuring his bare backside in the BISD movie.

“I’ve never in my life seen anybody with that much money in their back pocket,” Tyra tells him.

You can also try watching a preview of the show after the jump if it works in your country.