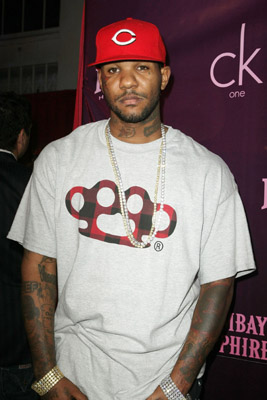 Whenever there’s a new Game interview, there will be a certain name mentioned more often than not. Game sat down with AllHipHop to discuss about The R.E.D. Album, his drunken freestyles, his upcoming 4 mixtapes and of course the sarcastic comment about Curtis Jackson:

AllHipHop.com: So where do you stand with 50? You didn’t diss him in the freestyle.

Game: Damn, did I say something about everyone but 50? F**k. I am almost done with 50 Cent shots, I mean at this point, he is shooting himself. I mean for a guy to sell 10 million records his first time out and then to come back out and do 160,000 in the first week three albums later is a catastrophe. I really feel for him at this point. If he needs my help, then I will help him out and say his name a couple more times to help him float. I really feel bad about his first week, and I just want him to feel better about himself. Tell 50, there’s always the next album.

By the way, did y’all realize how hard Game’s 2 singles ‘Krazy’ and ‘Big Money’ flopped ?