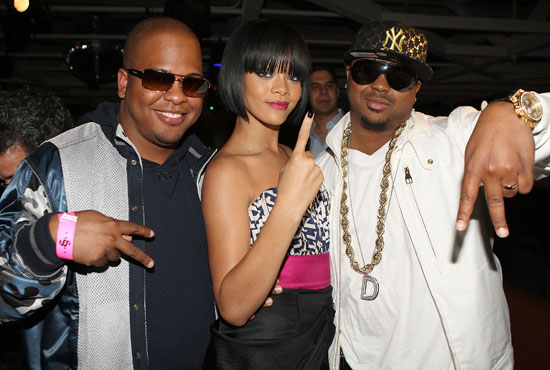 Here’s an interesting convo I just found. The-Dream’s production partner & hit maker Tricky Stewart speaks on one of my favorite tracks from Love Vs. Money:

VIBE: One of the most talked about songs on Love vs. Money was “Fancy.” Can you make a version of that song with the drums in the whole song? They only come in for 10 seconds!
TS: [Laughs] Yeah, that’s the whole point.

VIBE: Why’d you save the best part for last?
TS: We were creating a suspense record. It wasn’t meant to be a hit. It was meant to be special. You could put the drums in, but if you can captivate your audience for six and a half minutes only having 10 seconds of drums with everything else going on writing-wise, sonically and production-wise, I thought it was a great accomplishment to have a record like that be known as one of the favorite songs off your album.

VIBE: I thought it was dope–but I wanted more of the drums.
TS: Okay, well I’ll make you a version, how ’bout that?

VIBE: Yeah, do part two. How exactly did you build the suspense?
TS: There are some things that are coming in and reengaging you whether it’s the live orchestra that’s underneath there or whether it’s effects or whether it’s [Dream] changing the entire way of how he’s singing in the middle of the song and start going fast. It’s just a matter of building it. It’s pretty simple–piano, orchestra, bass and Dream’s voice, which people think are instruments but it’s just actually him doing stuff with his voice.

You can read the full interview here. Love King, the rumored final album from The-Dream is due out in 2010.