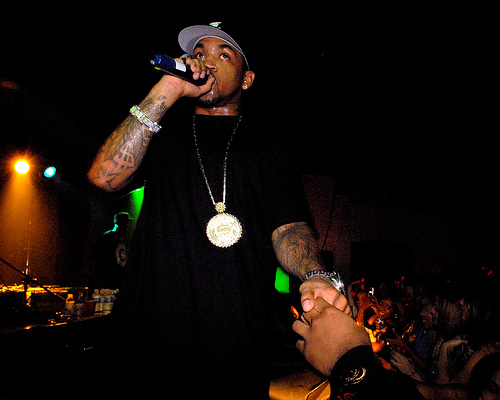 The rumor that went around the internet all day yesterday is true. Lloyd Banks is in Police custody as I speak. MTV has confirmed it.

Sergeant Brad Finucan of the Waterloo Regional Police’s Criminal Investigations branch told MTV News on Sunday (January 10) that Banks (real name: Christopher Lloyd) and three associates got into a dispute with the promoter at a local hotel over payment for performance and an appearance fee. The promoter’s name was withheld by police.

The promoter alleged that early Saturday morning the lyricist and three associates — Nicklas Sloane, Shawn McGee, and Tyrell Cooper — held him in his hotel room against his will, assaulted and robbed him. All four men were charged with forceful confinement, aggravated assault and robbery. The four made a video court appearance on Sunday afternoon (January 10) and are due to appear in court again early this week. They remained in police custody at press time.