Hip Hop N More Interview With Jake One (Part I) 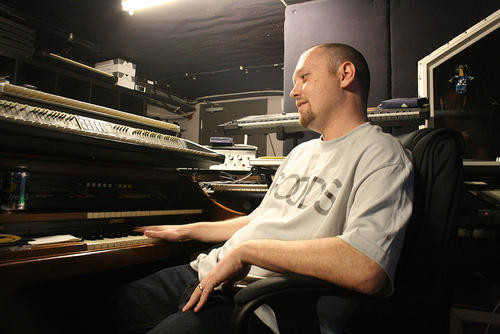 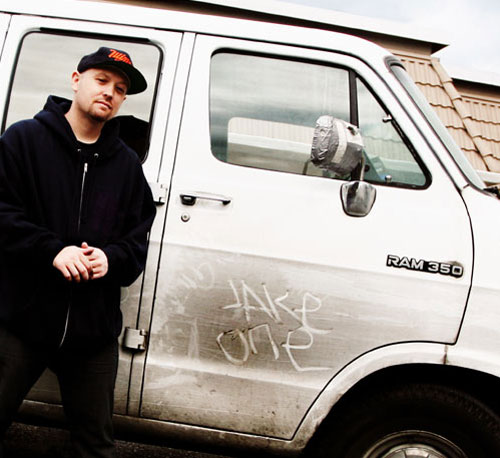 A couple of days ago, Hip Hop N More had the wonderful opportunity of talking to Seattle based super producer Jake One who has come a long way since making beats at the home studio with his Casio keyboard. Today, he’s one of the most sought after beat-smiths with a discography that lists names such as 50 Cent, G-Unit, Freeway, De La Soul, Nas, MF Doom, Royce Da 5’9″, Little Brother, E-40 and many more.

In Part 1 of our exclusive interview, we spoke about the upcoming Stimulus Package album with Freeway, the team behind the mixing & the guest features on the album, sticking with RhymeSayers, White Van Music, it’s sequel and more. Read on..

HHNM: Hello Jake sir! First of all, thank you for your time. What have you been up to, the last few days?

Jake One: Just been working on making new tracks for my forthcoming projects more than anything.

HHNM: Alright, cool. You’re known well enough in the industry and amongst the masses so no point wasting time in asking you about your rise in the game and all that. Let’s get straight to business. So, how did the concept of the joint album ‘Stimulus Package’ with Freeway come about? As far as I can remember, it was initially supposed to be a Freeway record with some tracks produced by you right?

Jake One: We were basically working on the next Freeway album and the songs were coming together so dope that we decided to try and make it a complete project. Free had gotten off of Def Jam and was able to make whatever move he wanted and it seemed like the right time.

HHNM: That’s great. Fans are definitely excited to hear this new record. If you could pick one favorite track from the album, which one would it be and why?

Jake One: I would say “Never Goin To Change”. The picture he paints with the story is really dope and its kinda experimental musically compared to most of what’s out there right now. I think Free is one of the only rappers with his own distinctive style left at this point and this song shows him doing his thing.

HHNM: I know Vitamin D has done a lot of work with you, including on this particular album. Who was behind the mixing and who are the others in the team?

HHNM: The album is entirely produced by Jake One but who are the other guest features that we can expect to hear along with Freeway?

Jake One: Bun B, Latoya Williams, Young Chris, Beanie, Birdman, Mr Porter, Sparks. There are a lotta guests on the album. We didn’t use anybody for their name, it all fits in naturally on the project.

HHNM: Nice. So what was the main reason behind sticking with RhymeSayers for the release of this album as well and not going with another major label? Do you have an established connection with the staff over there at the label now?

Jake One: I’ve been working for RSE (RhymeSayers Ent) for a while and feel comfortable putting my projects in their hands because I know they will put hard work into it. When you do deals with Major Labels, its a lot harder to be in control of you’re content and to even get a album out at this point. I didn’t want this to be something that got shelved at all.

HHNM: Seems like a good decision. Let’s talk a little bit about ‘White Van Music’. My personal favorite beat from that LP is ‘Oh Really’. There’s something about it that gives me the goose bumps whenever I hear it. Please tell us the inspiration behind it and how it came to origin.

Jake One: I think I found the vocal sample and kind a built around it with the horns and keys after that. I had sent it to Pos (Posdnous of De La Soul) to try and get De La on it, Pos did his part but I guess Dave wasn’t feeling it. Was goin to keep it a short 1 verse track originally but Slug (of Atmosphere) heard it and wanted to jump on it and it turned out dope.

HHNM: It definitely did! Fans are eagerly anticipating the sequel to ‘White Van Music’. Will that be a reality some day?

Jake One: I have about 3 songs done for it so far. Goin to try and get it out before the end of the year. These albums take a lotta time because I’m basically waiting on favors from artists.

UPDATE: Check out the part II of the interview here.