Pic: 50 Cent Is Back To Normal Now 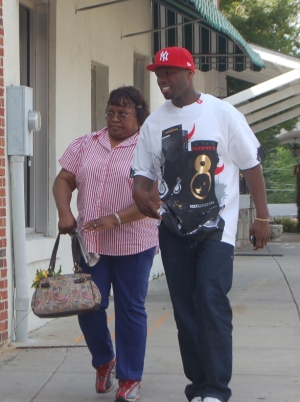 Don’t worry about him, Curtis is absolutely fine or at least he will be, soon. That horrifying picture we saw yesterday was taken a while back and enough makeup was applied to make him look as bad as he could, since he’s playing a cancer patient in the new film.

This picture was taken 2 days ago when he was filming 50’s Roots documentary for VH1 where he’s tracing his genealogy on camera, in the southern city of Aiken with his aunt Gladys Simpkins.