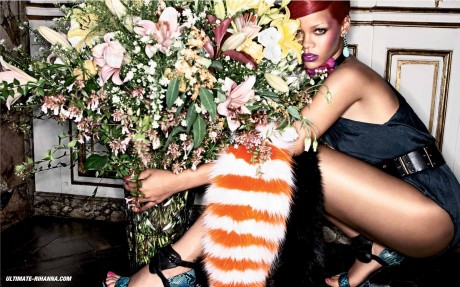 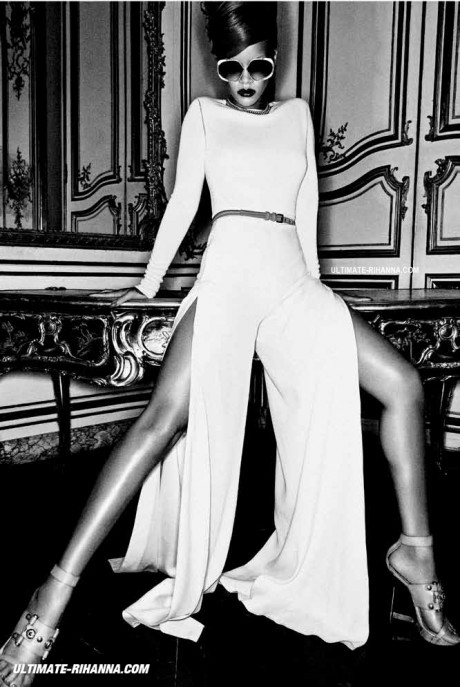 Kanye West interviewed Rihanna for the cover story of the forthcoming issue of Interview magazine. Below are some interesting excerpts from the issue. Check out Rihanna’s photoshoot scans after the jump.

Kanye: So what inspired you to have that pink tank on your last tour? That was amazing, when you were sitting on top of the army tank.

Rihanna: I love to combine femininity with a kind of extreme masculine egde, and I felt like the tank is just not a typical thing that you think of when you think of a girl — or in any kind of relation to a girl. Then we made it hot pink. We just added that touch.

Kanye: I mean, people really need to see a photograph — the entire tank was pink. That was a great piece of commercial pop art. Was the idea of that to kind of portray an American Dream — like the fantasy of a this hot black girl sitting on a top of a pink tank?

Rihanna: I never actually thought of it like that.

Rihanna: Is that a real question?

Rihanna: Well … Thank you. I don’t know how to feel about that. I guess that’s flattering.

Kanye: But just to have that level of power. How do deal with it? No one woman should have that much power.