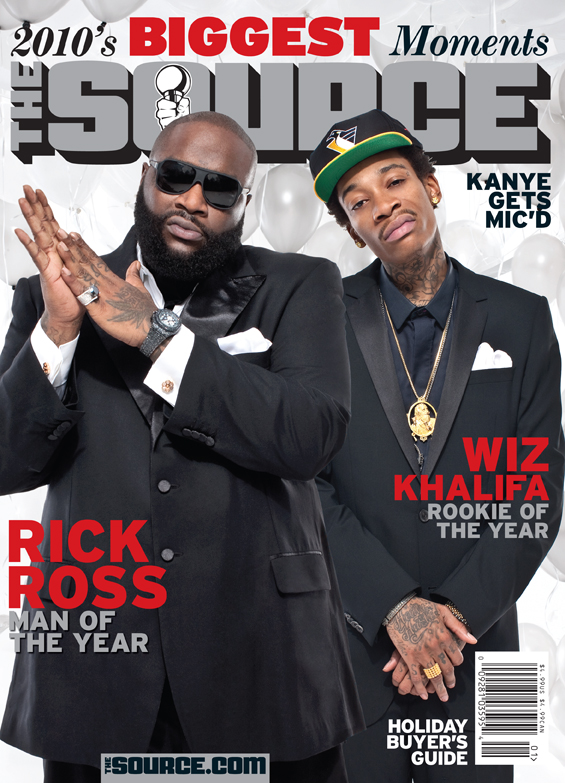 In the new issue of The Source, the man of the year Rick Ross and openly blasted Chrisette Michele over her comments on Rozay’s Soul Train Awards walkout. He also explains the real reason he left without performing.

“Basically, I had an opportunity to perform “Aston Martin Music,” which Def Jam put together. The day before the awards I went there for rehearsal…it was a lot of things going on onstage and for the first time, me being at an award show I had no input. It was a little uncomfortable. I just came from the BET Hip-Hop Awards [where I invited] MC Hammer down to the pyro stage. As a result, we were voted the number one performance at the awards. I wouldn’t risk that for a three-minute opportunity I’m not comfortable with.”

“I haven’t spoken to Chrisette Michele or her team. but I didn’t speak to her to [invite her to] the show either. It was something maybe the label set up. [But] her choice of words were ugly. Denouncing Hip-Hop, that ain’t cool. Using ugly words could give off the wrong impression. That could make your hat look ugly to me now. That could make your haircut look ugly to me now. Hopefully if we win a Grammy, she’ll come out and accept it with your boy. Give me a kiss on the cheek.”

After the jump, he discusses the alleged Young Jeezy diss ‘Summer’s Mine’

Has the phone call between you and Young Jeezy take place yet?

Nah. That hasn’t happened. It’s nothing I’m looking forward to.

You guys have worked together before. It seemed the camaraderie between you two was genuine. The last summer he put out his own “B.M.F.” freestyle, but told me personally it wasn’t abbot you. Did you feel disrespected?

I’m not sure what was going on. [the freestyle] was most definitely [disrespectful], whatever it was. Then the explanations seemed sideways, less than G.

It’s most definitely when we always touching distance from each other. I’m right here. It’s not like I’m in Miami and you in New York. We see each other. That’s the only issue I had. It was sideways. So i made a record, “Summer’s Mine” just to [let him know], if we gonna play that sport, let’s put it on the table like men. If it was just a freestyle that the world took the wrong way, leave it alone. That’s how I took it.

An added twist is that you and Jeezy are both on Def Jam. Did you ever get a call from L.A Reid saying “Hey, let’s not let this get out of hand?”

Nah. I don’t accept those kinda calls. I think they know that would have been an exercise in futility. Whatever it’s gonna be, it’s gonna be. If we gonna get money, we gonna get money. If it’s pressure, just put it on the table. I feel no way. I had nothing but love for the homie, but if me getting money in the streets or making music offended you, I can’t help that.