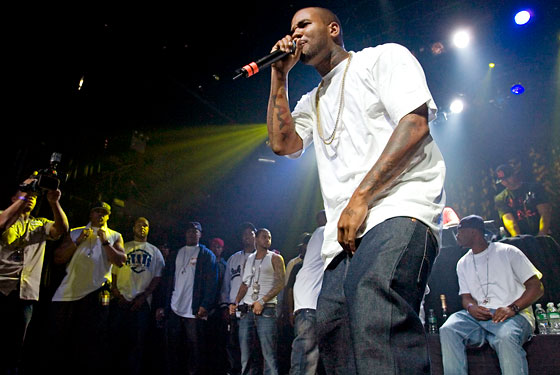 On January 26th, Universal Music Publishing Group on behalf of Robert Diggs aka RZA sent out Cease & Desist notices to a few websites including HipHopDX and HipHop-N-More.com asking for the removal of ‘Heartbreaker’ (the beat was produced by RZA) from Game’s Purp & Patron mixtape. The song was later removed from the mixtape when Game released the No DJ version of the same.

Game has now addressed the situation and maintains that the sample used was unclearable and hence it was decided not to use it for The R.E.D. Album but for the Purp & Patron mixtape.

“I think RZA [is] tryin’ to sue about [‘Heartbreaker’] or somethin’, That’s fuckin’ crazy. Like, I don’t even know how RZA sues The Game. He came to the studio and brought the [‘Heartbreaker’] track to me. He’s like, ‘Yo Game, this is for you. You can have that.’ Those are his words.” Game also maintains that RZA’s company on that day, Rev. Burke, was invited to rhyme on the record. “His boy spit crazy. I [rapped after] him.”

So I threw it out [on a mixtape]. The next thing I know RZA is suing The Game. That shit’s crazy. I didn’t even know Wu-Tang sued niggas. I’m good. I’m good friends with Ghostface [Killah] and [Raekwon] and Method [Man]. Those are my dudes. I would never speak down on RZA or any of those dudes for that matter – not that any of those dudes [have anything] to do with this conversation. But with the Wu, you gotta speak to a pack. It’s all love.”