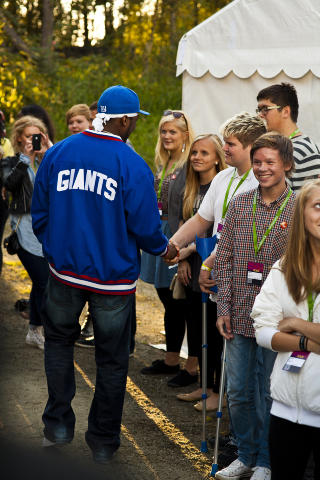 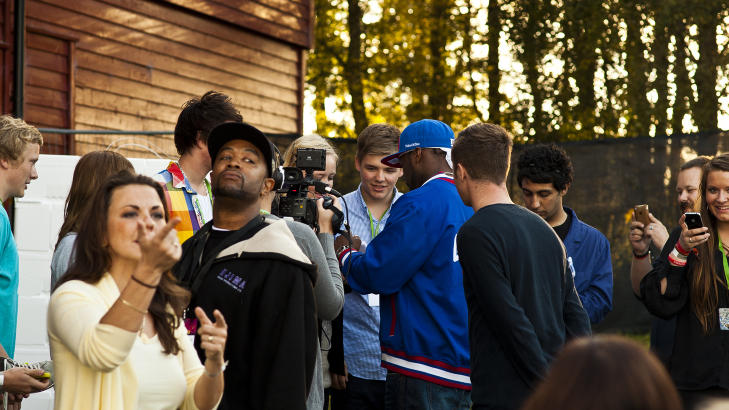 Last night, 50 Cent performed at the RxR Festival in the southern Norwegian city of Stavanger. After his concert, he invited survivors of Norway’s July 22nd attacks which killed 77 people, to his private after show. Proceeds from both the concert and the after party were collected to raise funds for Utoya Fund and 50 also took out time to meet some of the survivors backstage before his show. Some more pictures of his interaction can be found below. Here’s what he told the press before the event:

“We wanted to do something special for the victims of this horrible tragedy. Together, Tony Yayo and I along with the G-Unity Foundation felt an urgent need to give back and what better way than through our music. We look forward to putting on a great show for the survivors and hope that everyone comes out to show their support.”

UPDATE: Now with footage from the concert and private show.

‘Window Shopper’ at Private show + thanks survivors for attending

‘Psycho’ + ‘Baby By Me’ with live band at concert

‘In Da Club’ with live band at concert